The average South Korean used 4.6 gigabytes per month in 2016, according to the Digital Fuel Monitor (DFM) report by Rewheel, a Finnish management consulting firm, based on a survey of 187 carriers.

South Korean mobile carriers demand higher fees on the usage of mobile data than the average imposed by carriers in other countries, seen in the latest findings.

South Korean carriers collected 13.4 euros (US$15.9) per 1 gigabyte of 4G LTE data in the smartphone 4G tariff pricing system, which provided up to 1,000 free calling minutes as of the end of November.

In the mobile broadband data-only tariff price, South Koreans can buy 22 GB of 4G LTE data with 30 euros, 33rd out of 41 countries. 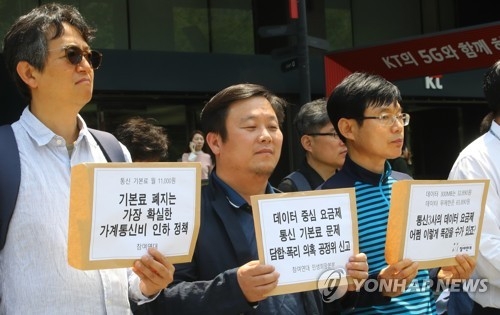