Lee was named Male Player of the Year at the 2017 World Taekwondo (WT) Gala Awards in Abidjan, Ivory Coast, on Monday (local time). This is the third time the 25-year-old has won the award since its inception in 2014.

Lee previously received the accolade in 2014 and 2015. Last year, Ahmad Abughaush of Jordan was the winner.

This year, Lee beat out his compatriot Kim Tae-hun, Ivorian athlete Cheick Sallah Cisse and Russia's Vladislav Larin to claim the award. The Player of the Year winner is selected by votes from taekwondo athletes, coaches and referees.

Lee topped the men's under-68kg title at the World Taekwondo Championships in Muju, 240 kilometers south of Seoul, in June. It was his third gold medal at the worlds. He also captured his third consecutive Grand Prix Final title on Sunday.

With Lee, South Korea was named the best national team of 2017, and the country also took the top taekwondo association honor at the Gala Awards in recognition of its successful hosting the world championships and its athletes' achievements this year.

Meanwhile, British taekwondo practitioner Bianca Walkden claimed the Female Player of the Year honors after winning the world championships and sweeping the Grand Prix series, including the final. 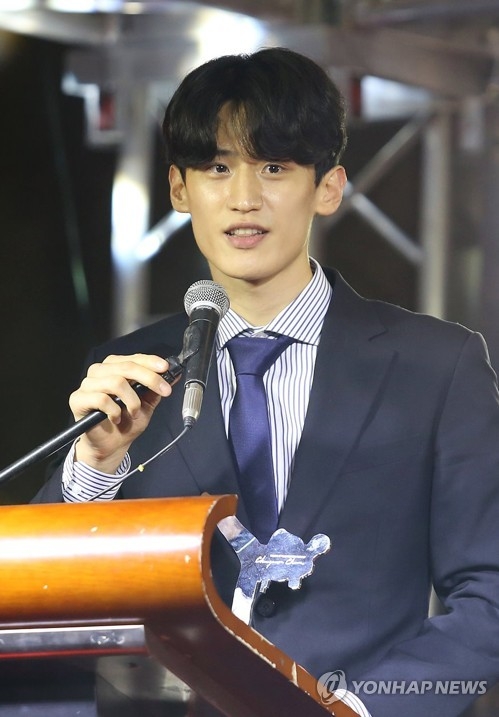