SEOUL, Dec. 5 (Yonhap) -- The number of patients infected with malaria in North Korea dropped for the fourth consecutive year in 2016 due to a U.N. body's efforts to eradicate the disease there, Voice of America reported Tuesday.

In the 2010-2012 period, the number of North Korean malaria patients showed an uptrend, the report said.

North Korea had seen the contagious disease vanish in the 1970s before 2,000 people got infected with it in 1998.

Under the financial donations from the Global Fund to Fight AIDS, tuberculosis and malaria, the United Nations International Children's Emergency Fund has been providing mosquito nets, insecticides, and preventive medicines and remedies for malaria for North Korean residents. 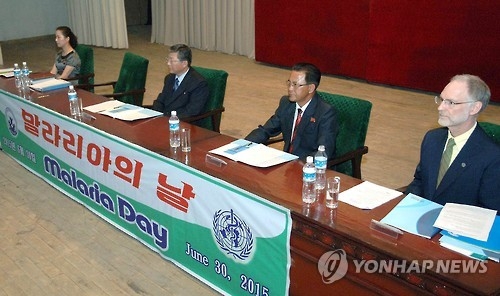 No. of malaria-infected N. Koreans drops for 4th consecutive yr in 2016: report

No. of malaria-infected N. Koreans drops for 4th consecutive yr in 2016: report