SEOUL, Dec. 5 (Yonhap) -- The National Assembly is set to hold a vote on the government's budget for next year on Tuesday after the ruling and opposition parties reached a compromise deal a day earlier over a series of key contentious issues.

The vote had originally been scheduled for Tuesday morning, but has been postponed until the afternoon session, as it took more time than expected for the parties to fine-tune the details of the budget of 429 trillion won (US$395 billion). 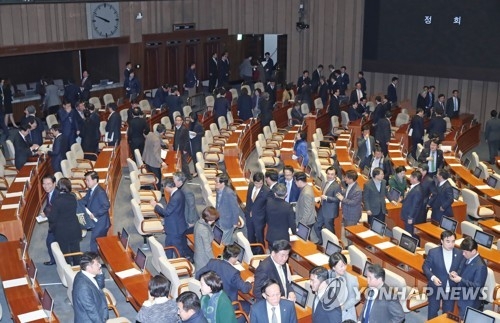 They arrived at this deal two days after the legal deadline for the budget's passage.

National Assembly to vote on next year's budget

National Assembly to vote on next year's budget