According to the year-end charts unveiled by Tower Records on Monday, the two groups took the top spot on the list of the top 10 Japanese-language K-pop albums and the top 10 imported K-pop albums, respectively. 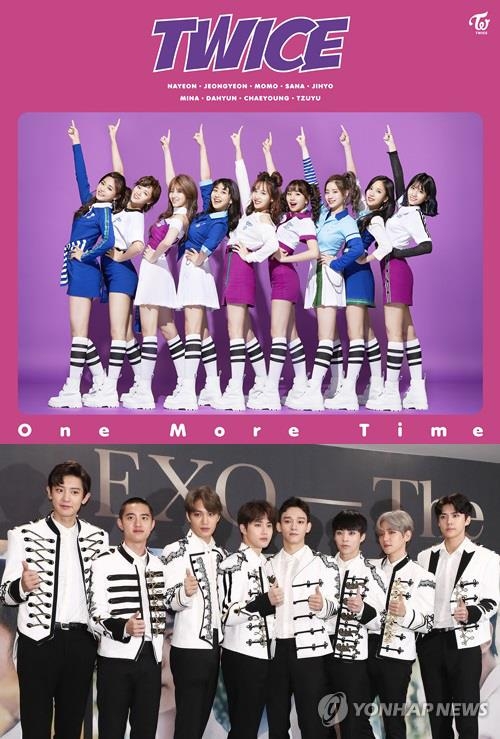 Including TWICE, a total of five artists managed by JYP Entertainment were on the chart. From the band 2PM, Junho ranked second on the list, Taecyeon fourth and Wooyoung was at both No. 5 and No. 8.

Coming in third was Pentagon, sixth was Vixx, seventh was SHINee, ninth was Boyfriend and 10th was SHINee's Taemin.

Boy band EXO claimed the top spot on the top 10 imported albums chart for "The War", followed by BTS' "Love Yourself: Her" and "Wings: You Never Walk Alone."

Snuper was No. 4 on the chart, followed by ASTRO, Wanna One, Boyfriend and Up10tion. TWICE took the ninth and 10th places.