SEOUL, Dec. 7 (Yonhap) -- To many mixed martial arts (MMA) fans in South Korea, he is best known as an omnipresent television commentator.

Kim Dae-hwan has been an iconic figure in MMA broadcasting here for 15 years. From K-1 to the Ultimate Fighting Championship (UFC), he has commentated on almost every important MMA match that has been televised in South Korea.

Kim is also recognized as a pro fighter. He is currently the middle weight champion in the Japan-based MMA promotion Wardog Cage Fight. He has so far earned an MMA record of eight wins and one loss.

Kim, who even runs a gym, recently added a new job title, and it could be his biggest challenge yet. 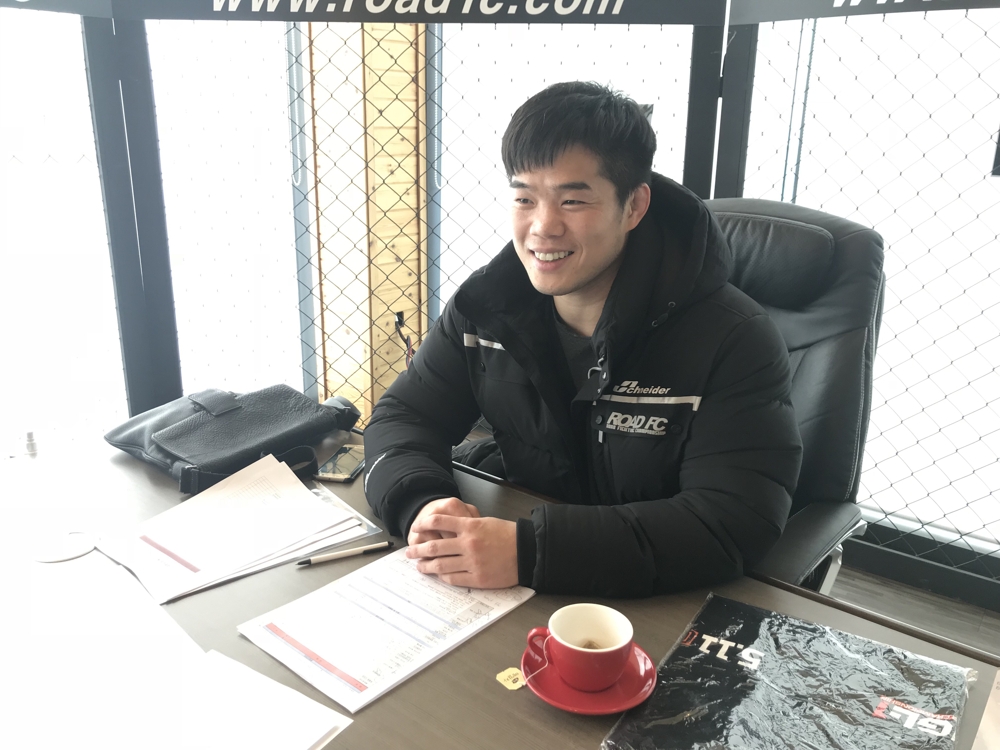 Although many thought Kim had already achieved success just by becoming a leader of the country's top MMA promotion, he said he is already feeling pressure.

"At least my wife liked it since I will not have time to fight in the ring," Kim said. "I think I was persuaded by Jung. I was moved by his words that I should do more things to develop the South Korean MMA industry."

He is known for his analysis and insights on the MMA world, but critics point out that Kim lacks administrative expertise. Kim admitted that he'll have some difficult time managing an organization like Road FC but vowed that he will learn and improve.

"If I were a critic, I would point out the same thing," he said. "But as an MMA analyst, I've watched various MMA promotions, met with athletes and spoke with officials. It's my job to recognize what I should do for this organization."

Kim said he will make some changes to further develop Road FC, which eyes to become the top Asian MMA promotion.

"I think what I learned from MMA can apply to other things in our life and relationships with people," he said. "Everyone is different, and people are given different talents. I have my own plans, and I'm going to think about how I can develop the organization in my own style."

Before he took the job, Kim admitted he was one of the skeptics who doubted local MMA promotion's success. But Kim knew he was wrong and gained confidence when he joined Road FC.

"I was surprised because Jung had already organized Road FC's businesses," he said. "Over the last seven years, our employees gained experience by working with major broadcasters, hosting events overseas and signing international athletes. I was relieved that I have these people on my side." 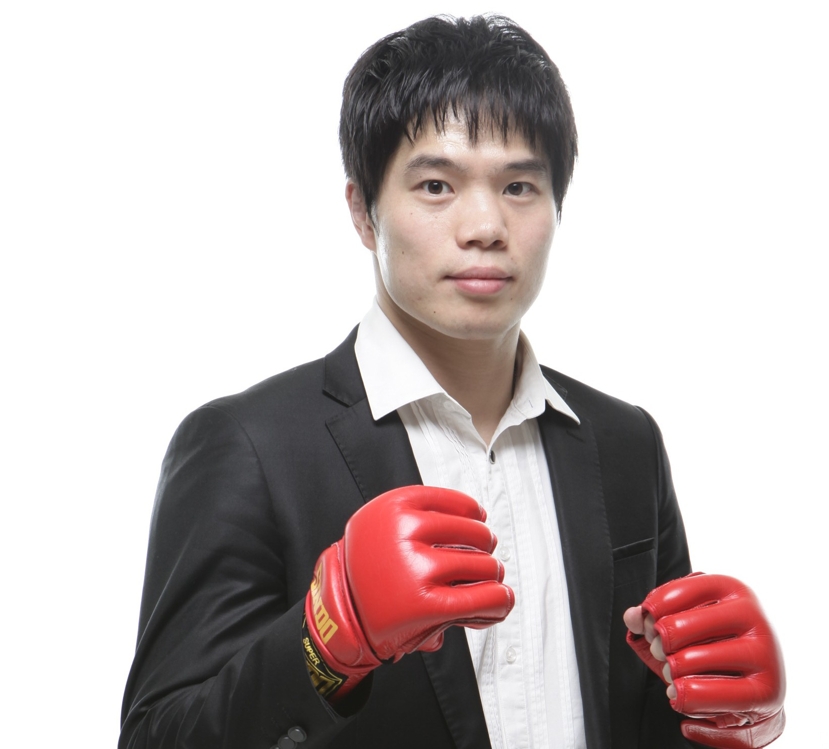 During Jung's era, Road FC emerged from nowhere to become the country's most recognized MMA promotion. The franchise has already hosted events in China and Japan, and its matches can be seen in 16 countries live through various channels.

For Kim, one of his tasks will be expanding Road FC's global presence. Industry watchers believe Kim can be the right person to execute that job as he is fluent in English and watched many MMA promotions around the world as a commentator. Kim is a graduate of Hankuk University of Foreign Studies.

"I'm planning to utilize our international division staff," he said. "English service is a basic one for a global franchise, so we need to work on how we can entertain and approach foreign fans."

Though Road FC has become the largest MMA promotion in terms of size -- it has some 1,000 member gyms -- some fans here have been criticizing the franchise's "circus matchups." Occasionally, Road FC has featured entertainers against professional fighters on its main cards.

"As a fan, I don't really want to see comedians or actors in the cage and pretend they're like fighters," said Lee Min-seok, who claims himself to be an avid MMA fighting fan. "It's just an obvious marketing tool for Road FC, and I don't want to buy that."

Kim said reading what young fans want is his toughest task. He added he knows what MMA fans want from Road FC, but it's painful to hear such criticism.

"You don't call a cafe latte milk just because there's milk in it," he said. "I know some fans might feel betrayed if I say this, but I don't have negative thoughts on having so-called 'circus matches' because that's what broadcasters want. If there's no broadcasting, it's difficult for any sport to grow." With the rise of South Korean fighters in the UFC, such as "The Korean Zombie" Jung Chan-sung and "The Korean Superboy" Choi Doo-ho, the popularity of the United States-based MMA promotion has also grown to dominant proportions in the country. Kim said Road FC will walk on its own road instead of focusing on beating the UFC.

"The UFC was born in the U.S. where a lot of money is invested in sports, so it's difficult to get ahead of them," he said. "I don't want to really think about the UFC, because Road FC has to develop its own brand."

After all, Kim said his philosophy in MMA fighting is not about beating strong opponents but to make himself a strong person. And that's what led him to this industry.

"As a kid who grew up watching boxing and pro wrestling, I always had this admiration for becoming strong," he said. "If I was doing it for money, or my personal fame, I wouldn't even work in this industry. I earned lots of things from MMA fighting, and I want to give them back, that's all."

Kim is expected to announce his new vision and plan for Road FC at its season-ending event in Seoul on Dec. 23. Improving Road FC will be his given task, but furthermore, Kim said he hopes he can change people's negative views on MMA fighting in the country.

"If people learn more about MMA, I believe there will be less fighting and disputes because they'll learn about pain when trading punches and kicks," he said. "Making Road FC successful is my job, but I also want to promote MMA to people. There are really many good things in this sport, and I'm ready to promote that. That's my ultimate goal." 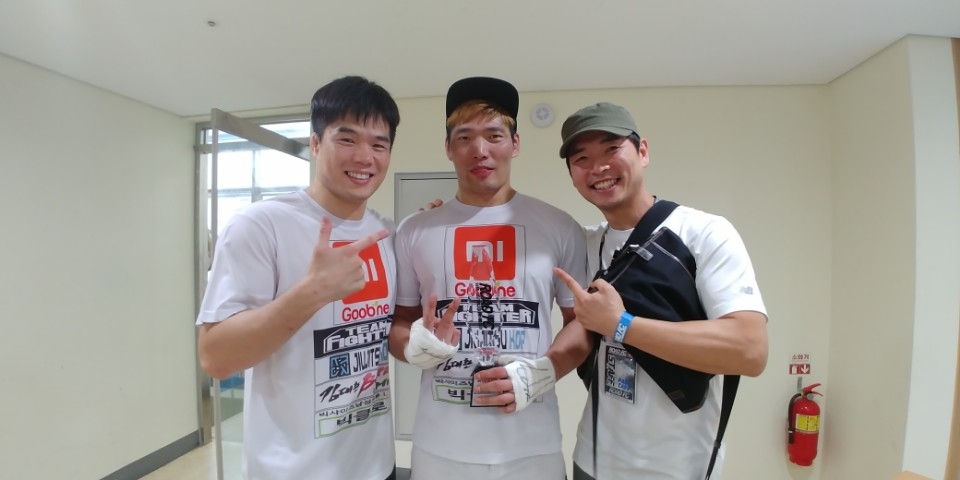