The Army calls the envisioned defense asset a "dronebot," a combination of the words "drone" and "robot."

"The Army plans to set up a special organization to lead the development of dronebots, establish a standard platform and expand the dronebot program by function," the Army official said, requesting anonymity. "To begin with, we will launch a dronebot combat unit next year and use it as a 'game changer' in warfare."

The team will operate reconnaissance dronebots against such core North Korean targets as nuclear and missile sites. In case of a contingency, swarms of dronebots will be mobilized to launch attacks.

The Army is also considering imitating a similar military unit of Israel's, added the official. 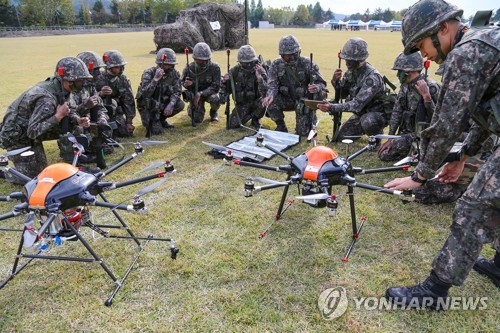