The 42 percent tax rate for the highest income earners marks the highest levied since 1995 when the corresponding figure was 45 percent.

The government estimates that 1.1 trillion won in additional tax revenue will be collected under the latest changes.

The finance ministry expects some 2.3 trillion won worth of additional corporate tax revenue to be collected on the corporate front.

The conservative Lee Myung-bak administration cut the corporate tax rate to 22 percent from 25 percent in 2009 to boost businesses struggling to muddle through the global economic crisis, which erupted the previous year.

The set of changes in the tax code seems to be a drastic turnaround from the decadelong tax-cut policies by the two previous conservative administrations to boost Asia's fourth-largest economy, which has been in a protracted slump for years.

However, the incumbent Moon administration sees such policies as deepening income polarization and weakening the fiscal role in redistributing wealth. It claims it is time for rich people to pay more for job creation and social welfare expansion.

The government said revenue generated by the adjusted tax rates for wealthy people and businesses will be used to pay for President Moon's pledges on job creation and welfare expansion, which are estimated to cost 178 trillion won during his five-year term.

Moon's economic policies are based on the principle of "income-led growth," which calls for increasing household income and spending with the help of various policy tools to fuel sustainable economic growth.

Meanwhile, the government expects tax revenue to easily surpass the yearly target in 2017.

The South Korean government earlier set this year's tax revenue target at 251.1 trillion won. For the first nine months of the year, however, it has already collected 207.1 trillion won in taxes, equivalent to 82.5 percent of its stated goal.

The strong tax earnings are largely driven by an increase in corporate and income tax earnings, as well as a steady gain in the collection of value-added taxes.

Last year, South Korea also enjoyed a surplus in tax revenue as the total earnings reached 242.6 trillion won, exceeding the original goal by 9.8 trillion won and rising by a record 24.7 trillion won from a year earlier. 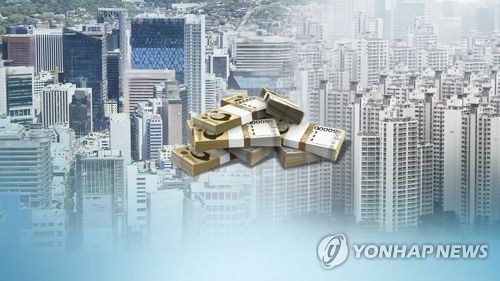