The Korea Baseball Organization (KBO) team responded to a report on CBS Sports.com, later carried by SB Nation's Twins community page, Twinkie Town, that the Twins sought a partial refund of their US$12.85 million posting fee for Park in 2015.

Park was put up for posting after that season, and in a major league silent auction that ensued, the Twins won the bidding for the right to negotiate a deal with the two-time KBO MVP and four-time home run king. They later signed him to a four-year deal worth $12 million, and the Heroes pocketed the posting fee.

"It's absolutely not true that the Minnesota Twins asked for a refund," a Nexen official told Yonhap News Agency. "Posting fees aren't something that can be returned."

The CBS Sports' report stated the Heroes declined the Twins' request because they had no obligation to repay the Twins. The blurb provided links to South Korean news reports, but those article merely detailed Park's return to the Heroes last month, with no mention of the Twins' request for a refund or the Heroes' rejection. The incorrect reporting was likely caused by a mistranslation of the Korean articles. 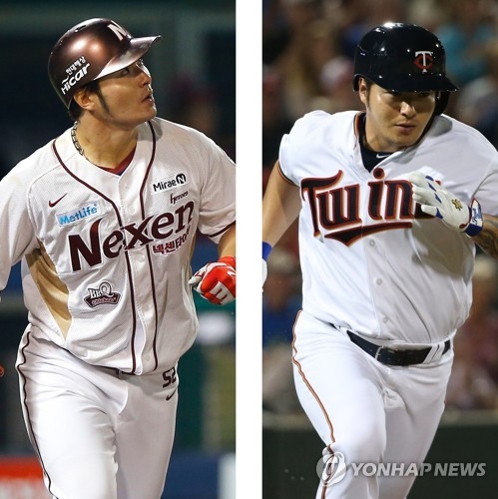 Yet South Korean baseball fan communities picked it up and ran with it, prompting the Heroes to clarify the situation.

Park, 31, rejoined the Heroes on a one-year deal worth 1.5 billion won ($1.4 million) after playing in just 62 big league games over the past two seasons. The Heroes said at the time Park had asked the Twins to release him from the remainder of his deal.

The Heroes said Park still has some paperwork left to take care of with the Twins and won't be back in South Korea until perhaps early January.

Park played in 62 games in his first big league season, hitting .191 with 12 home runs and 24 RBIs. He was demoted to Triple-A Rochester in midseason, and his 2016 season ended prematurely with a hand injury.

Park never played in the majors again. Despite batting .353 with six home runs and 13 RBIs in 19 spring training games this year, Park didn't get the call to the majors that some felt he deserved.

Then in 2014 and 2015, Park exploded for 52 and 53 home runs, respectively, becoming the first KBO player with back-to-back 50-homer seasons. He parlayed those monster years into a major league deal via posting, before returning home without playing out the contract.