"October posted a sharp contraction in production indicators, but the improvement trend was maintained at a modest pace, given the reduced workdays caused by the long Chuseok holiday. Most production indicators posted negative growth but there was a small increase in average growth for September to October," the Korea Development Institute (KDI) said in its monthly evaluation of the country's economic conditions.

"Exports of semiconductors and a few other items maintained favorable growth, but total export growth has moderated somewhat, even when taking into account the impact from the decline in vessel exports," it said.

The KDI said data regarding domestic demand show a slowdown, but consumer sentiment is on a upside trend. Growth in the construction sector is showing signs of deceleration, it said.

Retail sales and service production gained 4 percent and 2.5 percent on-year on average, respectively, in the September-October period, implying that a modest improvement trend was maintained despite the Chuseok holidays, the think tank said.

Facility investment swung to a decrease due to temporary factors, but semiconductor-related leading indicators maintained their upward movement, pointing to the possibility of modest growth in facilities investment, it noted.

Facility investment declined 3.4 percent in October from a year earlier, sharply down from the previous month's 24.9 percent expansion, due to temporary factors such as reduced workdays.

The country's November outbound shipments grew 9.6 percent, but exports of a few items, including semiconductors, maintained relatively strong growth, although the growth in total exports seems to have moderated slightly, according to the KDI. 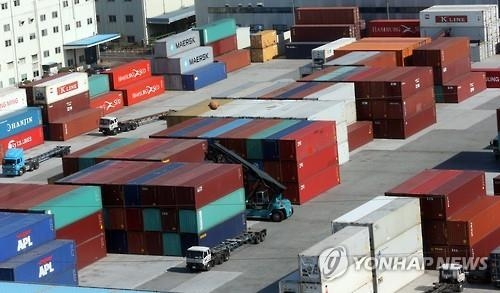