SEOUL, Dec. 6 (Yonhap) -- Entering Hagkojae Gallery in Seoul, one will see the title of an upcoming exhibition by Lee Woo-sung written on the door. "My dear, I prepared this for you," it says.

One's excitement might soon turn to confusion and bewilderment as a prominent painting directly facing the hallway is a man in black hoodie, tightly grabbing a baseball bat as if ready to strike something.

Ironically, the guy is tasked with guarding the peaceful, starry night, just like the one painted on his chest, not at all intending to pick a fight, the painter said during an interview with Yonhap News Agency on Wednesday. Lee uses humor, irony and a cartoon-like quality to maintain the distance between himself and his artworks' audience.

"I hope people connect with my paintings. But I don't want them to sympathize with my feelings too much," he said. "I try to make a room for them to create their own stories while looking at my work."

Anxiety was his main theme in the early stages of his career. He provoked anger and triggered anxious feelings through multiple mediums such as canvas, fabric, photos, installations and videos.

As a young artist, he said he was "anxious about if I could make it as a professional painter." Under increasing pressure, he often felt an "invisible enemy" was chasing after him when he slacked off. 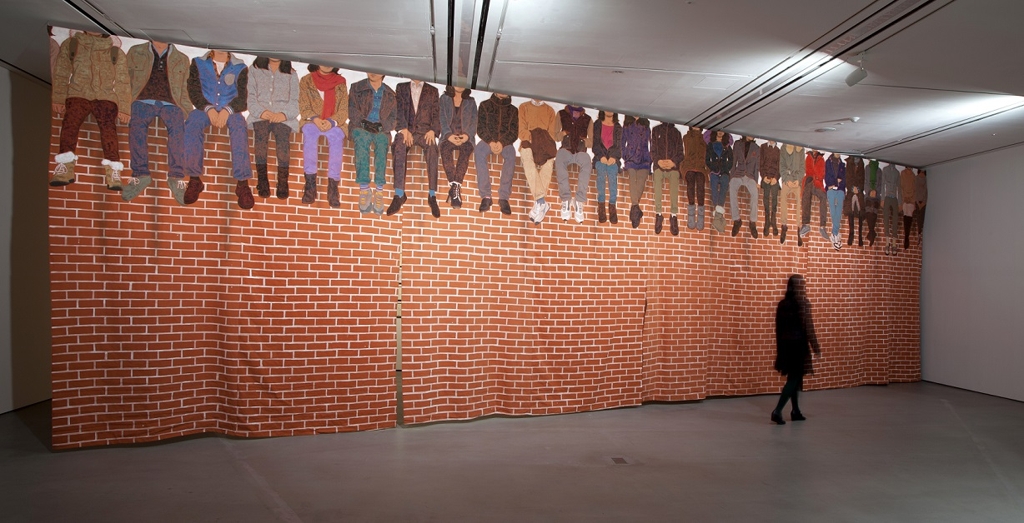 But a heavier, more philosophical question came from the gap between what he wanted to do as an individual artist and what society expected him to deliver as a responsible member with a social consciousness.

He recalled a day, years ago, when he was waiting for a bus. A group of demonstrators marched in front of him and repeatedly shouted at him, "Join!" The two different identities created tension, which seemed to only grow as he became more mature.

At 34, his initial apprehension and misgivings have slowly been replaced with a more relaxed attitude towards life. Looking around at people close to him -- his usual subject matter -- he realized they were already too tired to care about his personal anxiety. Art should help them relax, not put them on edge, he said. 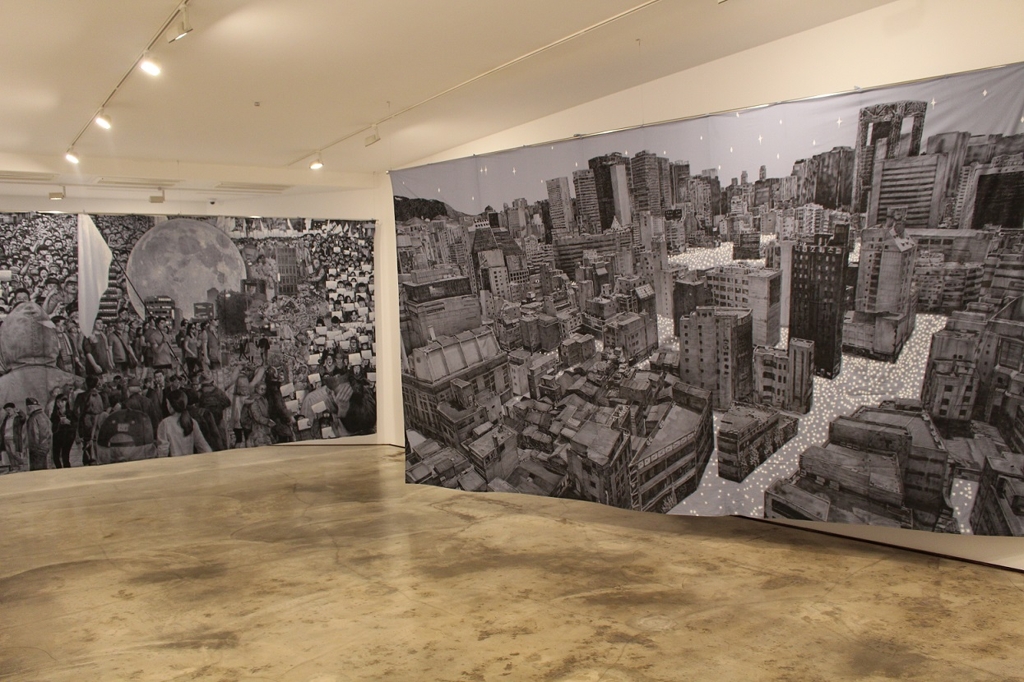 Hanging his paintings created on fabric as if to dry laundry is one way of making his art more comfortable and readily accessible to viewers. By doing so, he feels art becomes completely part of life.

His sixth solo exhibition, which runs from Dec. 7 to Jan. 7, displays 30 pieces of his latest work, mostly hung on the walls or in the middle of the gallery.

In these paintings, he dramatizes a fleeting moment, remembers an encounter with friends and a teacher, reconstructs things he witnessed on the streets of Seoul. He honors anonymous people, portraying them as countless shining dots in one of two works titled "Floating Lights on the Street" for their sacrifice to make Korea what it is today.

"For me, what I do is to make a connection with others and create more possibilities. Painting what's currently being talked about and trending will help me create a hook that can connect me with my audience." 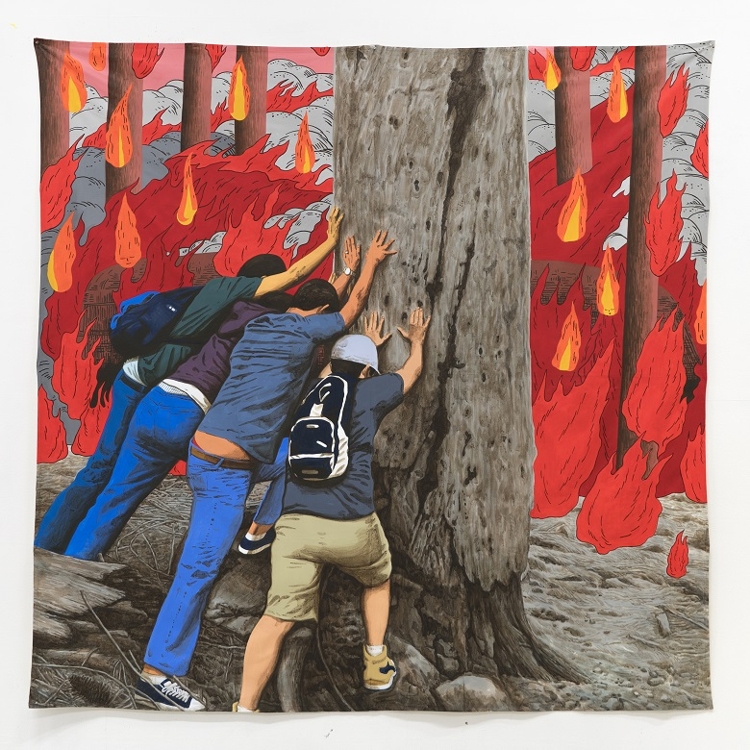