SEOUL, Dec. 6 (Yonhap) -- South Korean-born Russian short track speed skater Victor An said Wednesday he'll compete as a neutral in the face of a ban on Russian athletes at next year's Winter Olympics on his native ice.

The International Olympic Committee (IOC) decided Tuesday (local time) in Lausanne, Switzerland, that Russia, facing rampant doping charges, will be banned from the PyeongChang Olympics and only individual athletes who meet strict anti-doping standards will be allowed to participate as neutrals.

Such athletes will wear uniforms bearing the Olympic Flag, and the Olympic Anthem, not the Russian anthem, will be played at their medal ceremonies.

While training with his Russian teammates at Korea National Sport University in Seoul, An said he simply can't give up on his Olympic dreams.

"If Russia doesn't boycott the PyeongChang Olympics, I will compete as a neutral," An said. "I've been preparing for this for four years. I can't just give it all up." 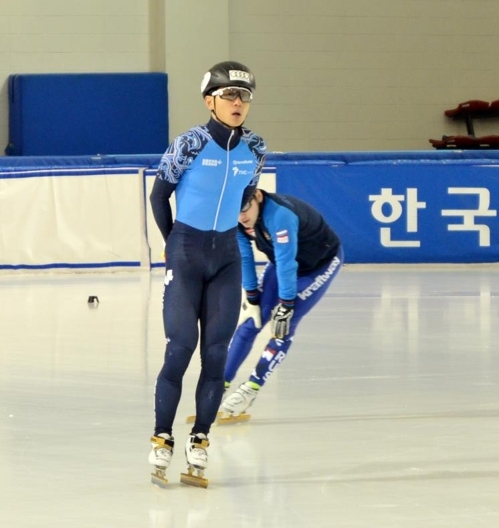 Russia may well decide to pull out of the Olympics altogether and keep its athletes at home. When asked about what he would do in the case of a boycott, An said, "I don't know. I don't want to think about that."

He said he'll wait and see what steps the Russian Olympic authorities take.

"There's nothing athletes can do now," An added. "But if they think about athletes who've been training so hard for PyeongChang, then they should allow these athletes to compete (as neutrals). At the same time, it won't be easy for Russia to let athletes participate without wearing the flag."

Born Ahn Hyun-soo in Seoul, An obtained his Russian citizenship in 2011 and won three gold medals for his adopted country at the 2014 Sochi Winter Games. The return of South Korea's former Olympic hero -- An won three Olympic gold medals for his native country in 2006 -- has been hotly anticipated, and PyeongChang could also be the last Olympic hurrah for the 32-year-old.

In Sochi, An became the first Russian to win an Olympic short track gold medal. 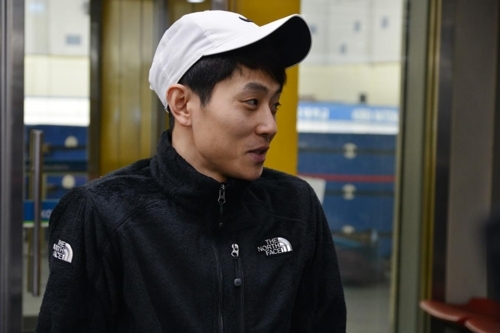 An and his Russian teammates trained in Seoul for a few days in July and they came back on Monday. An said the atmosphere within the short track team "isn't all that bad" and the skaters are determined to stay focused on their Olympic preparations.

The Russians are scheduled to stay in South Korea until the end of December then depart for the Jan. 12-14 European Short Track Speed Skating Championships in Dresden, Germany.