SEOUL, Dec. 6 (Yonhap) -- Police said Wednesday they decided to drop charges against the son of Hanwha Group, saying that the victims are not seeking punishment and there is a lack of evidence to prove his other alleged misdeed.

The crime unit of the Seoul Metropolitan Police Agency referred the case of Kim Dong-seon, 28, to the prosecution recommending a nonindictment, the agency said.

Kim, the third and youngest son of South Korea's eighth-largest conglomerate head Kim Seung-youn, has been under police investigation over suspicions that he attacked lawyers while he was drunk at a private dinner in September.

He is suspected of slapping some of them in the face, yanking their hair and making patronizing remarks.

The Korean Bar Association filed a complaint against Kim seeking a formal probe into the allegations after media reported on the incident. Kim apologized over his misbehavior through Hanwha.

Police said there is little grounds to charge him since the law here stipulates that an offense involving physical violence must entail the victim's consent for the probe to proceed.

There is also insufficient evidence like surveillance footage to charge him with obstruction of business, they added.

Kim is already known for his past assault records. In January this year, he got into altercations with guests at a bar and was given a suspended jail term in March. 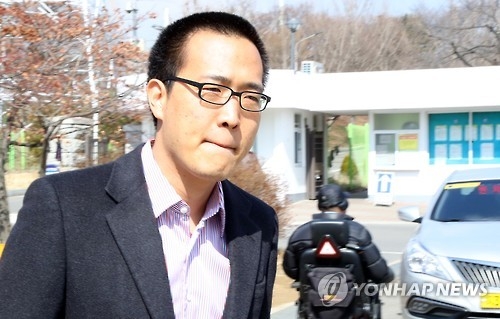