The song titled "With Seoul" was uploaded for free download at noon on the Seoul Metropolitan Government's tourism promotion site, www.visitseoul.net.

The site crashed within minutes of release and remained inaccessible for hours, according to officials.

The boy group has been serving as the capital's honorary tourism ambassador since September. 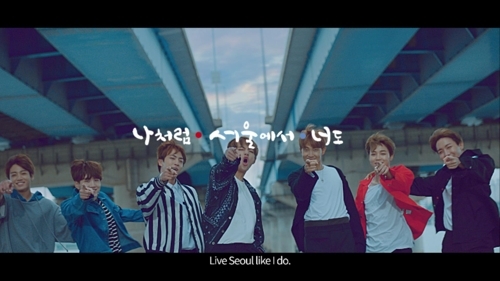 The city government outsourced the production of its promotion song to Big Hit Entertainment, the management company of BTS. It was written by label artist Lee Hyun and arranged by in-house producers Pdogg and Kim Ki-wook.

"It combined our traditional sentiment, BTS' unique color and a trendy and hip sound," the city said in a statement.

A music video is currently in post-production and will be available on YouTube from Dec. 13. The band's seven members will travel to Seoul's key landmarks, such as the newly constructed Seoullo 7017 overpass, Hangang Park and Jamsil Olympic Stadium.

On Monday, BTS' latest song "Mic Drop" reached No. 28 on Billboard's Hot 100 chart, making it the first Korean boy band to join the crucial top-40 list in the U.S. Last week, the group won the Artist of the Year Award at the Mnet Asian Music Awards for the second straight year. 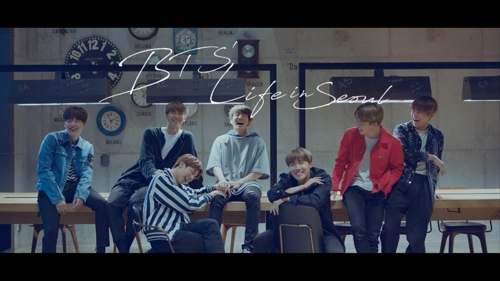