FnGuide said a consensus market forecast of Samsung's operating income amounts to 16.3 trillion won (US$14.9 billion) for the October-December period, up 77.2 percent from a year earlier.

The figure also hovers far above the company's operating profit of 14.5 trillion won for the previous quarter.

The consensus forecast of Samsung's sales for the current quarter stands at 66.1 trillion won, up nearly 28 percent from the same period a year earlier.

Among local brokerages, Hanwha Investment & Securities Co. has forecast the largest operating income of 16.9 trillion won, according to FnGuide.

Analysts predicted Samsung's chip division to drive the company earnings for the fourth quarter on strong global demand, with its operating income exceeding the 10 trillion-won mark for the first time. 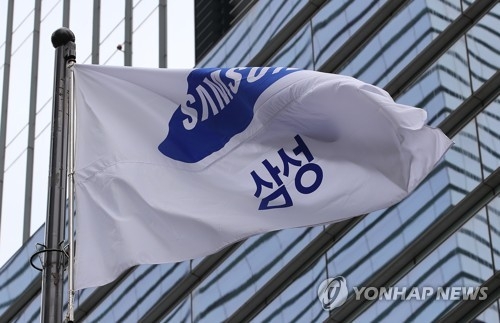 "Google, Facebook and other global IT companies are continuing to increase investment, fueling brisk demand for server DRAMs," said Doh Hyun-woo, analyst at Mirae Asset Daewoo Securities Co. "In addition, demand for mobile DRAMs has recently started to pick up."

Sales of the iPhone X have been brisk and there's been a recovery in shipments of smartphones in China in the second half of this year, the analyst said.

Meanwhile, the recent strength of the South Korean currency against the U.S. dollar is forecast not to have a great impact on Samsung's performance.

"The impact of the won's ascent on Samsung is limited," said Kim Kyung-min, an analyst at Daeshin Securities Co. "DRAM prices have risen enough to offset the won's appreciation, with the euro accounting for a high proportion of sales from its IT and mobile divisions."

Samsung is thus tipped to chalk up record performances this year. Local securities companies have projected Samsung's full-year sales to reach around 240 trillion won, with its operating income likely to hit more than 55 trillion won.

Analysts said Samsung will continue to renew its earnings next year on its resilient chip business, with its operating income expected to reach up to 70 trillion won.
(END)