SEOUL, Dec. 7 (Yonhap) -- CJ CGV has vowed to continue to focus on the global movie market next year as the domestic market has reached a plateau in the past five years with the rising popularity of streaming and social media services and declining population.

The country's top cinema chain unveiled the plan during a media forum on the movie industry at its Yongsan location in central Seoul on Wednesday.

South Korean cinemas saw 213.351 million in the total number of viewers in 2013, exceeding the 200 million mark for the first time in history. But the growth slowed, with the number rising only to 215.069 million in 2014 and 217.3 million in 2015, and slightly dropping to 217.026 million in 2016. The market is expected to finish this year at the same or slightly lower level, the company forecast based on the number of people who visited theaters so far this year.

It attributed the slowdown to the rising popularity of streaming services and social network platforms, and the country's declining population. 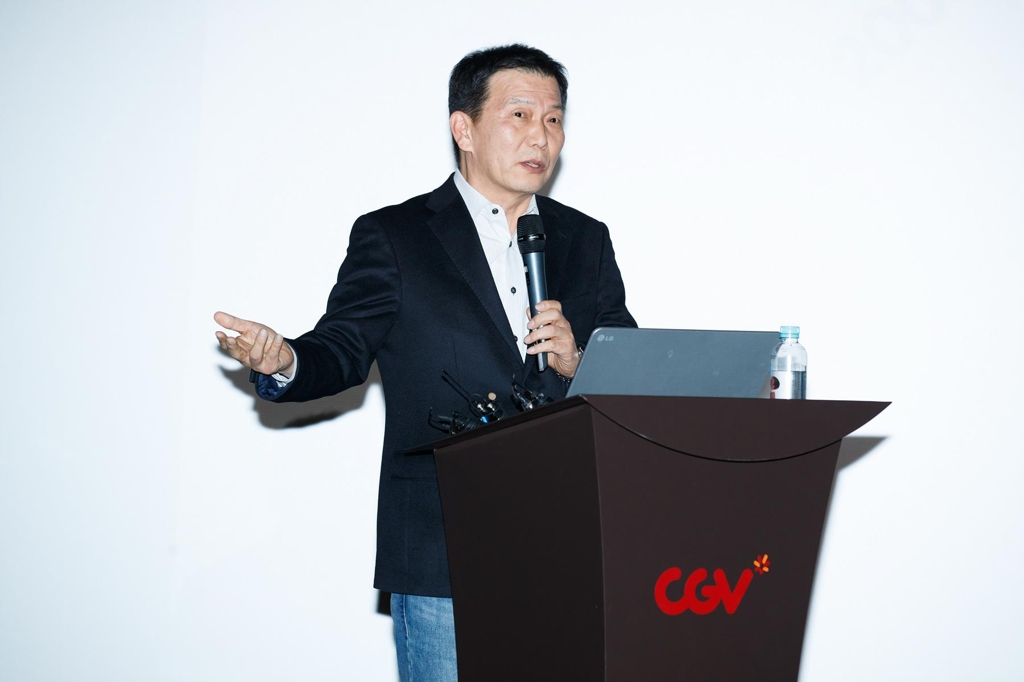 On the contrary, CJ CGV has made rapid growth in overseas markets in terms of the number of theaters, audiences and sales.

Since opening its first theater outside South Korea in Shanghai in October 2006, CJ CGV has aggressively pushed an overseas expansion that has taken it into China, the United States, Vietnam, Indonesia, Myanmar and Turkey.

The fifth largest multiplex theater company in the world, CJ CGV currently runs 3,245 screens, including 1,055 in South Korea, worldwide and aims to increase the number to 10,000 by 2020.

The theater chain said the combined annual number of its audiences in and out of the country reached 200 million for the first time this year.

"The company is continuing efforts to raise the world's awareness of the excellence of Korean theaters with the mindset that the future of Korean cinema is in the global market," CGV CEO Seo Jung said during the forum.