SEOUL, Dec. 7 (Yonhap) -- Prosecutors said Thursday they raided the residence and office of an opposition lawmaker as part of a probe into allegations that he received kickbacks from local businessmen.

Investigators from the Seoul Central District Prosecutors' Office carried out a search in the locations belonging to Rep. Lee Woo-hyun of the main opposition Liberty Korea Party, the office said.

The raid comes as part of their investigation into suspicions that Lee took hundreds of millions of won in bribes between 2014 and 2015 from a few businessmen, including a builder who has been arrested on bribery charges.

Prosecutors plan to call Lee in for questioning as soon as they finish analyzing the confiscated evidence. Lee has denied any wrongdoing, saying, "All accusations are purely fictional." 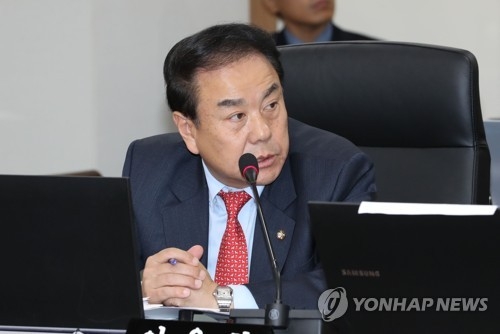