SEOUL, Dec. 7 (Yonhap) -- LG Electronics Inc. said Thursday it will start the sales of its first luxury smartphone with a zirconium ceramic back.

The South Korean tech giant said the LG Signature Edition smartphone will hit shelves later this month, with just 300 devices to be sold overall. LG said it has allocated staff exclusively for the warranty services of the device, and it can also carve the names of users on the device upon request.

The company said the zirconium ceramic material, which is resistance to abrasion and corrosion, will help the product maintain what it calls a "simple and delicate design" for a long period.

The 6-inch smartphone comes with a OLED FullVison display with thin bezels, along with the dual-lens rear camera that has a very bright F1.6 aperture, also adopted on the V30 smartphone.

Other key features include the 256 gigabyte built-in capacity, allowing users to save a vast volume of high-quality videos, photos and music files. It also comes with two earphones, including a Bluetooth model, made by Bang & Olufsen.

Running on Android's latest operating system, Oreo, the device also supports LG Pay, a payment platform developed by LG that can be used on traditional credit card machines as well.

Industry sources said the price tag on the device is estimated at 2 million won (US$1,827). Officials from LG Electronics said the price has not been fixed yet but hinted it will be significantly higher than its flagships. 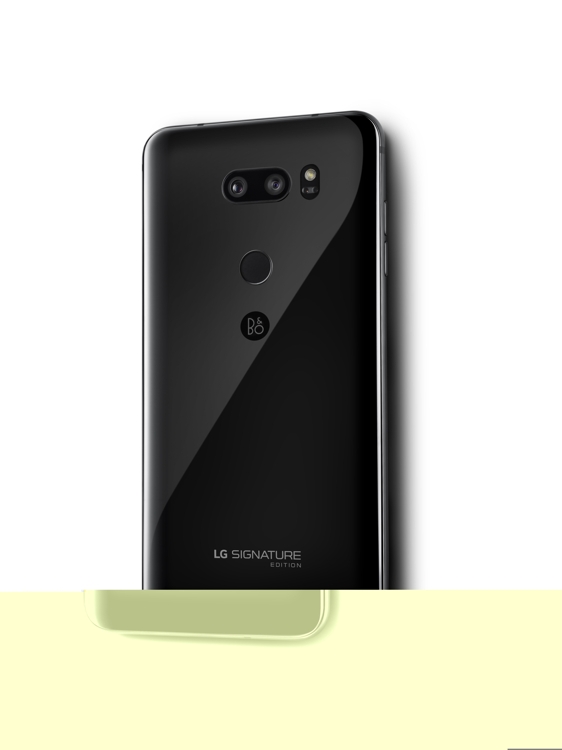