SEOUL, Dec. 7 (Yonhap) -- President Cho Hwan-eik of the Korea Electric Power Corp. (KEPCO) will resign later this week, more than three months ahead of his term which expires in March next year, the state-run utility firm said Thursday.

Cho's intention to resign comes just one day after KEPCO was selected as the preferred bidder in a project to build three nuclear power plants in Britain.

Toshiba Corp., which has a 60 percent stake in the NuGen consortium in charge of building the nuclear power plants in Cumbria, northwest England, picked KEPCO as its preferred bidder Wednesday.

KEPCO will submit its APR 1400 reactor to the British nuclear regulators for review in early 2018 with a goal of generating electricity by the late 2020s.

Cho has been serving as the CEO of KEPCO since 2012.

A former vice minister of trade, industry and energy, Cho also served as the president of the Korea Trade-Investment Promotion Agency and the Korea Trade Insurance Corp. 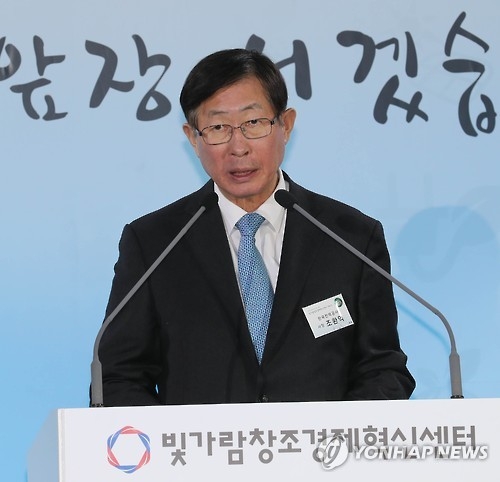