The achievement came more than a decade after Kia Motors launched the first-generation small city car in 2004, according to the company. It marks the first time that any single Kia model has reached the one million milestone.

The Morning is called the Picanto in some overseas markets.

According to the automaker, 378,183 and 561,679 units of the first and second generations of the Morning have been sold, respectively. The second-generation Morning was released in 2011.

Kia launched a third-generation All New Morning in January, the first redesign of the model in six years, with the hope of reclaiming the bestseller title stolen by the Chevrolet Spark last year. As of November, 61,315 All New Mornings have been sold. 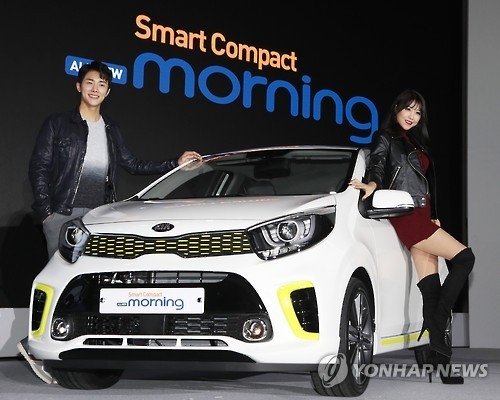