SEOUL, Dec. 7 (Yonhap) -- South Korea and Sweden are set to launch a joint design exhibition this week, organizers said Thursday, as part of their efforts to expand cultural exchanges between the two countries.

Sweden Korea Young Design Week will begin its 10-day run at Dongdaemun Design Plaza (DDP) in eastern Seoul on Friday, co-hosted by the Stockholm-based design organization Svensk Form, the Swedish Embassy in Seoul and the global home furnishing giant IKEA, according to the organizers.

"This exhibition connects different aspects of new innovative designs from Sweden and South Korea," Swedish Ambassador to South Korea Anne Hoglund said during a press conference held in Seoul. "We hope that this event, which in itself is based on the co-creation among government, business and academia, will inspire to strengthen future ties between the two countries."

During the exhibition, young designers from South Korea and Sweden will present their work under the themes of innovation, sustainability and future, the organizers said.

IKEA will also showcase its classic and upcoming products, and operate IKEA LABS where visitors can experience its latest learnings in food, smart technology and virtual reality, they said. A series of design talks are also scheduled.

"In Seoul, IKEA will showcase the latest in IKEA design and some things we are curious about right now, such as music, food and mass produced uniqueness, hoping that people will interact and give us their views," said Marcus Engman, global head of design at the company.

The Swedish Embassy and IKEA also announced their plan to launch an annual design award for Korean designers under the age of 35 from next year.

IKEA opened its second store in Korea in Goyang, in the northwestern outskirts of Seoul, in October. Its first Korean store in Gwangmyeong, southwest of the capital, has recorded 365 billion won (US$334 million) in sales this year. 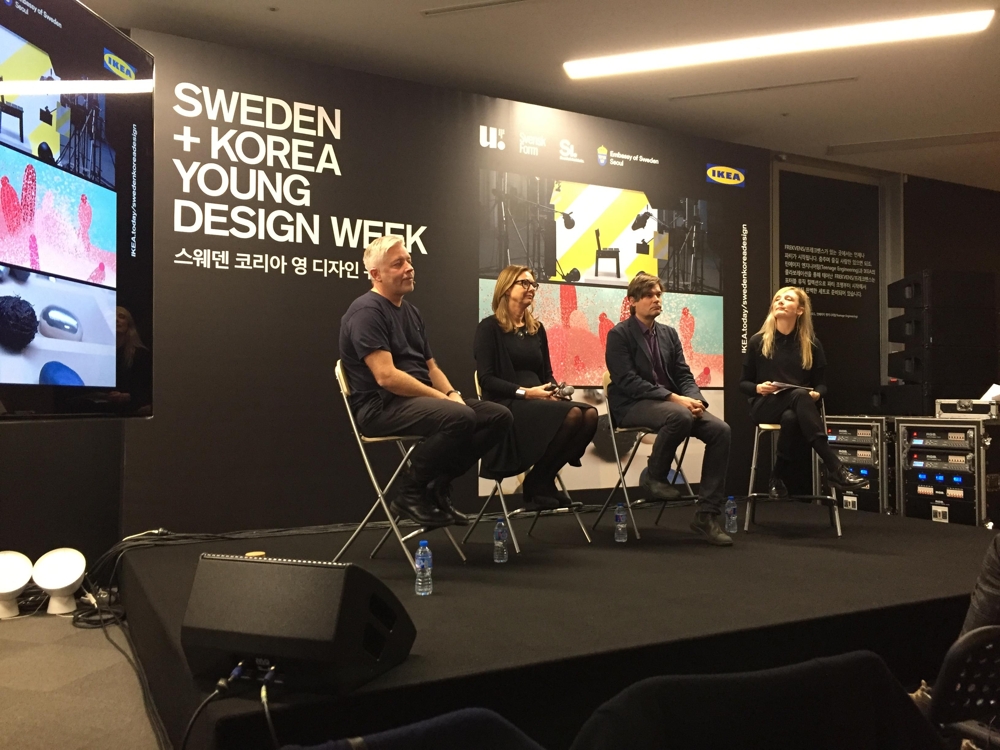 Sweden Korea Young Design Week to kick off in Seoul

Sweden Korea Young Design Week to kick off in Seoul