SEOUL, Dec. 7 (Yonhap) -- Not only do elderly but also middle-aged and youth brackets account for a large proportion of people who die a lonely and unnoticed death amid an increase in the number of single-person households, central and local government data showed Thursday.

Solitary deaths taking place in people aged 40 through 59 have a higher proportion out of all such cases, while people in their 20s and 30s are classified as a group of potential solitary deaths.

The number of lonely deaths came to 1,833 last year, up almost 80 percent from 1,021 in 2012, according to data released by the Health and Welfare Ministry.

People aged 70 or older topped the list of all age brackets with 32 percent, followed by those aged 50 to 59 with 23 percent.

Data obtained from the Busan regional government showed that a total of 27 people died a solitary death during the three-month period from June this year, 46 percent of whom were people in their 40s and 50s.

It also revealed younger people aged 20 through 39 made up a combined 14 percent of the lonely deaths. 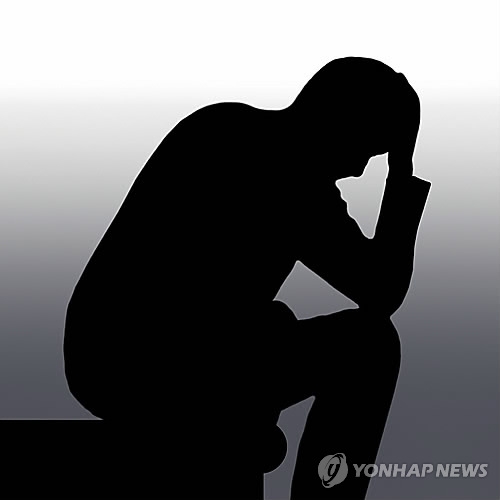 Increases in solitary deaths are highly attributed to a hike in the number of one-person households.

The number of one-person households in South Korea, which stood at 4.14 million in 2010, increased to 5.29 million as of last year, according to government data.

With higher proportions of middle-aged and youth brackets, there have been calls for the government to expand to all age brackets the scope of measures, currently focused on elderly people, to prevent people living alone from dying a lonely death.

Early retirement, divorces, worsened health and higher youth unemployment, among others, increase social isolation that could lead to the solitary deaths of people in the middle-aged and youth brackets.

"People can experience psychological frustration and have difficulties in adapting themselves to society as they are easily exposed to socioeconomic changes," said Lee Ho-sun, leader of the Korea Elderly Counseling Center.

Lee stressed the importance of expanding preventive measures to other age brackets as well as senior citizens, saying, "Elderly people are taken care of through carers' visits to their homes or the government's support. But people other than elderly are placed out of the government system to care for them."