Won, 66, is currently serving a four-year prison term for running dozens of cyber operation teams tasked with posting Internet comments in favor of then conservative candidate Park Geun-hye in the runup to the 2012 presidential election. She won the vote by a thin margin.

The Seoul Central District Prosecutors' Office indicted him again over allegedly losing state funds by giving 6.5 billion won (US$5.95 million) to those teams consisting of civilians and NIS retirees. Won headed the spy agency from 2009-2013.

The prosecution also indicted Lee Chong-myeong, one of the then deputy NIS directors who worked under Won's leadership, on the same charge.

The prosecution is conducting a far-reaching probe into the NIS' massive illegal political operation against influential liberal politicians and TV personalities deemed critical of the previous Lee government.

Prosecutors said they are considering pressing more charges against Won regarding such illicit schemes. 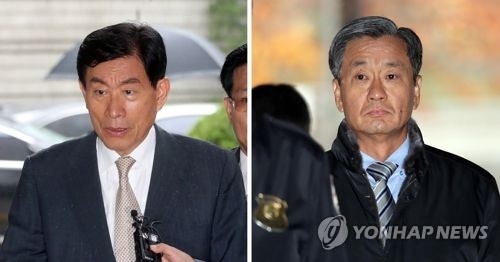