(ATTN: EDITS throughout; UPDATES with the new spokesperson's comments)

The unprecedented move reflects the Moon Jae-in administration's resolve to reform the military and ensure civilian control of the armed forces, according to the ministry.

"I feel a sense of heavy responsibility, assuming this important role at a crucial time," she said in a statement, apparently referring to heightened tensions from North Korea's continued provocations.

She added that her appointment appears to demonstrate the defense ministry's resolve to reach out to the people in an "open and sincere" way.

Choi has been a defense correspondent since 2002 and received the prestigious Choi Eun-Hee Female Journalist Award in 2011.

She graduated from Yonsei University in 1985 with a Bachelor of Arts in political science and diplomacy and later earned a Master of Arts in international relations at the University of Chicago. 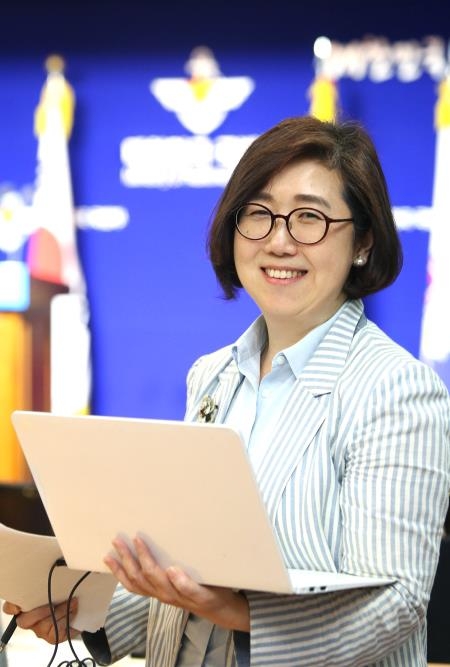