SEOUL, Dec. 7 (Yonhap) -- A Seoul court on Thursday sentenced a former chief of Daewoo Shipbuilding & Marine Engineering Co. to six years in prison for accounting fraud and other charges.

The Seoul Central District Court handed down the guilty verdict to Nam Sang-tae, 67, convicting him of accounting fraud, embezzlement, breach of duty and bribery. The court ordered him to forfeit 880 million won (US$806,000).

"The defendant neglected his responsibility as the chief of Daewoo Shipbuilding and sought his personal gains using his authority and power," the court said in the ruling. "To that end, Daewoo was stripped of its chance to overcome the industrial slowdown that had hit the whole sector, causing damage to be passed onto the public and the state."

Daewoo Shipbuilding is 57 percent owned by the state-run lender Korea Development Bank (KDB). Over 11 trillion won worth of taxpayer money has been injected to salvage the firm from cash shortage between 2015 and last year.

Nam was indicted in January on charges of incurring some 12.5 billion won in losses for the shipyard that he headed from 2006-2012 by purchasing a major stake in a heavy industry firm at a value three times higher than market price.

He also stands accused of causing financial damage to Daewoo by clinching deals with people who had ties with his acquaintances without thorough evaluations. He is also accused of lobbying a former KDB head seeking to extend his term as Daewoo's chief.

Among other charges are that he took 2 billion won in bribes from a friend in return for business favors. 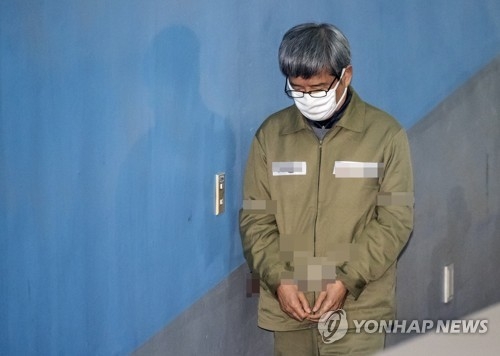