"The B737 MAX 8 planes are expected to fly on mid-haul routes to Singapore, Indonesia and Central Asian countries, as they can stay airborne for eight hours on a single tank," a company spokesman said.

The low-cost carrier currently operates 19 B737-800 jets on four domestic routes to Jeju Island and 44 international routes to 29 cities in eight countries, including Guam, Saipan, Tokyo, Danang and Hong Kong.

The 189-seat B737-800 jet can fly six hours on a single tank, the company said. The B737 MAX 8 also has 189 seats and emits less carbon dioxide compared to planes of similar size, the statement said.

T'way Air plans to add 10 large passenger jets to its fleet by 2025 to achieve its long-term goal of operating 50 aircraft. All planes operated by the airline are leased. 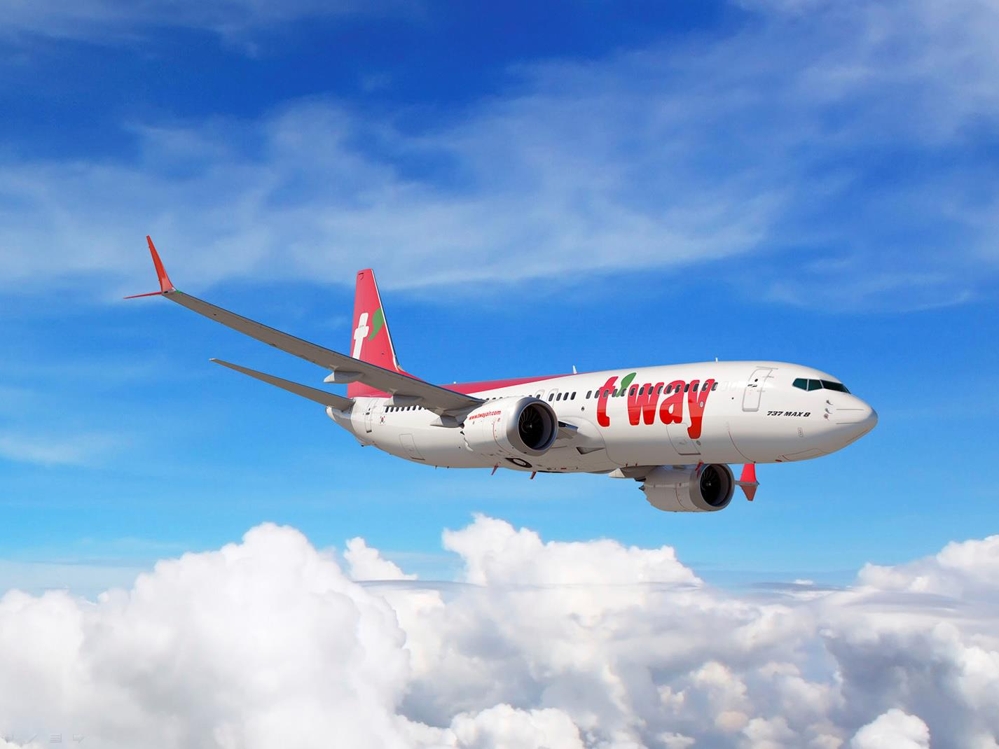