The Korea Baseball Organization (KBO) club announced that Jung has inked a four-year deal worth up to 2.9 billion won (US$2.65 million). The 31-year-old, who became a free agent for the first time in his 11-year career, will receive a 500 million-won signing bonus and will make 300 million won in base salary. Jung could also make a maximum of 1.2 billion won in performance-based incentives.

Jung began his pro career with the LG Twins in 2005. After joining the Wyverns in July 2015 in a trade involving six players, Jung became a power hitter. For his last three seasons with the Wyverns, Jung batted .319 and collected 56 homers and 189 RBIs in 315 games.

"I feel relieved to complete my contract," he said through the club. "I know what this club wants from me, so I'll work hard next season to meet those expectations." 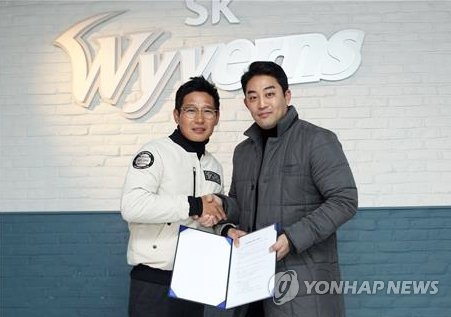