The country's three major oil ETFs posted an average return of slightly over 16 percent in the past three months to Wednesday, emerging as the top performers among local commodity funds, according to KG Zeroin.

Oil ETFs consist of either crude firm stocks or futures and derivative contracts to track the price and performance of crude, or in some cases oil-related indexes.

After hitting a nadir of US$42 per barrel, international oil prices have been on the rise since August.

The benchmark West Texas Intermediate (WTI) has been hovering around $57 percent for barrel for more than a month after exceeding the $55 mark in early November. 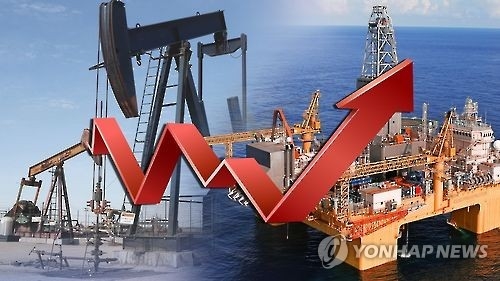 Behind the strength of international oil prices are such factors as decreased investment in new oil fields, brisk demand from Asia and other regions, expectations for the extension of a production cut by the Organization of Petroleum Exporting Countries (OPEC) and growing instability in the Middle East, market analysts said.

"Crude prices were bullish in November in anticipation of an OPEC decision to extend the output reduction," said Kim Hun-gil, an analyst at Hana Financial Investment Co. "The price hike was also fueled by speculative purchases of oil futures."

Late last month, OPEC decided to extend their production cut for an additional nine months, and some watchers predicted oil prices to move in a narrow band due to an increase in U.S. shale oil output.

"Oil prices are unlikely to rise far above the mid-$50-per-barrel level for the time being as U.S. shale companies move to jack up their production," Kim said.