The Defense Acquisition Program Administration (DAPA) plans to hold an inaugural R&D meeting at a research center of Hanwha Land Systems, a local contractor, in Pangyo, Gyeonggi Province, later in the day.

The state arms agency aims to complete the first stage development process to simulate the system operation and manufacture a prototype by 2019. It will then begin mass production.

In ordinary times, the envisioned robot will be used mainly for anti-terrorism tasks such as the detection and removal of explosives.

In wartime, it will be tasked with clearing obstacles, making pathways at the demilitarized zone (DMZ) and searching for underground enemy facilities, according to the DAPA.

DAPA signed a 7.6 billion won (US$6.9 million) contract with Hanwha for the project in late November. 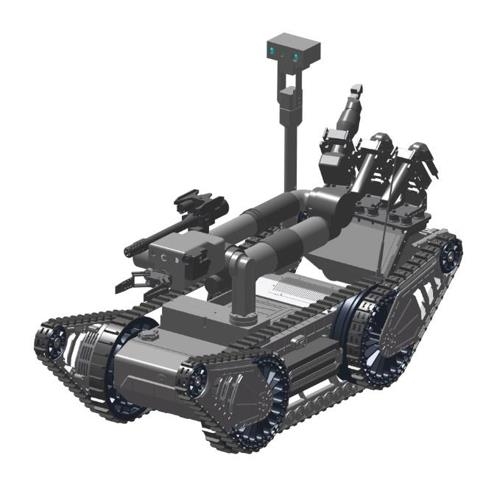