JINCHEON, South Korea, Dec. 10 (Yonhap) -- In an effort to boost its competitiveness in its Winter Olympic hockey debut in 2018, South Korea has fast-tracked a few Canadian-born players to Korean citizenship. Michael Swift, a skilled forward hailing from Peterborough, Ontario, is one of them.

The 30-year-old understands the naturalization comes with the weight of expectations -- after all, the government wouldn't have issued these players new passports unless it felt they could help the national team at the 2018 PyeongChang Winter Olympics.

And it's just the way Swift likes it.

"It puts pressure on me to play well, and it's good," Swift told Yonhap News Agency in a recent interview at the Jincheon National Training Center in Jincheon, 90 kilometers south of Seoul.

"Hopefully, I can perform. And if I do, it helps the team win," Swift said. 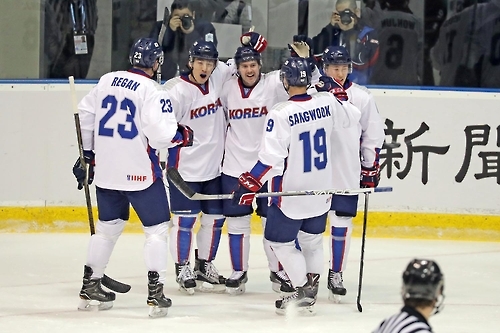 South Korea, coached by former National Hockey League (NHL) defenseman Jim Paek, faces a daunting task in the group stage at the PyeongChang Olympics. The 21st-ranked team has been paired with Canada, the undisputed world No. 1 and two-time reigning Olympic champion, plus No. 6 Czech Republic and No. 7 Switzerland.

The NHL won't send its stars to South Korea for the Olympic tournament, but the absence of those players won't make the work any easier for South Korea.

The team will need every bit of offense that Swift and his teammates can provide, if they were to have even a fighting chance. And Swift said he embraces the challenge.

"Every time I put on the Korean jersey, I want to do well," he said. "Every time I am on ice, every shift, I want to score. But I have to play defense first and then offense comes easier for me."

And scoring hasn't been a problem for Swift. Though he never did play in the NHL, he was a solid producer in both the Ontario Hockey League (OHL), a major junior circuit in Canada, and the American Hockey League (AHL), the primary development league for the NHL. Then he brought his scoring talent to South Korea, joining High1 in the Asia League Ice Hockey (ALIH) for the 2011-2012 season.

Swift was the league's points leader that season with 44 goals and 46 assists in just 36 games. He went on to lead the ALIH in points in three more seasons, most recently in 2015-2016 when he had 70 points in 48 games. 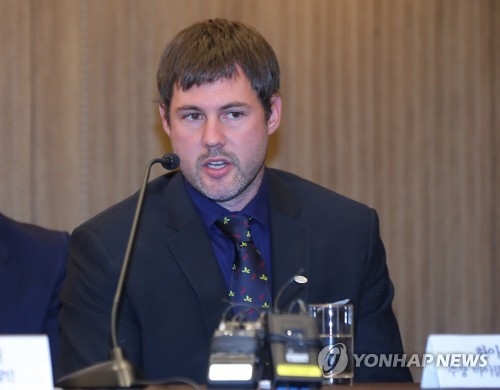 In the current season, Swift is the scoring leader through 26 games, thanks to 14 goals and 28 assists.

Having played in South Korea for so many years, Swift, who last year said he felt like he was half-Korean, now says he is "three-quarters" Korean.

Listed at 175 centimeters and 79 kilograms, Swift has been known to play bigger than his size, a player who can give hits as well as he takes them.

And he doesn't suffer from any lack of confidence, even though South Korea struggled in recent tune-up games in its build-up to the Olympics.

Swift said there have always been doomsayers who showed little faith in Korean hockey. He pointed to 2015, when South Korea was playing in the International Ice Hockey Federation (IIHF) World Championship Division I Group B, the third-highest level of competition. The country had been relegated from Division I Group A from the previous season, but with Swift leading the tournament with nine points in five games, South Korea won the Division I Group B tournament.

It set the stage for an even larger leap earlier this year, as South Korea finished second at the Division I Group A tournament in Ukraine to book a spot in the top-flight World Championship for the first time.