SEOUL, Dec. 8 (Yonhap) -- The chief of the Incheon district police was named Friday to head the main police force in the capital of Seoul, as the National Police Agency (NPA) announced its regular reshuffle of ranking positions.

Lee, 55, has spent most of his career in intelligence and foreign affairs divisions. He has also worked as a dispatched official at the presidential office Cheong Wa Dae in 2003-2004 under the Roh Moo-hyun government, when President Moon Jae-in was a then senior presidential secretary.

The NPA also appointed Min Gab-ryong, a senior coordination officer at the NPA, to its deputy commissioner, the No. 2 position.

Chief Superintendent Gens. Lee Ki Chang and Cho Hyun-bai, the heads of the provincial police agencies in southern Gyeonggi Province and Busan city, respectively, will remain in their posts, the NPA added. 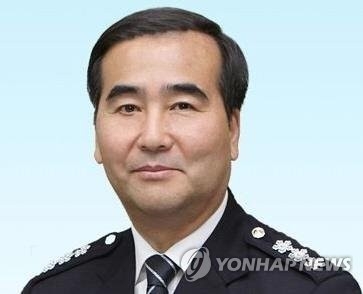