Demand for the 450 milliliter bottle of whisky that sells for 26,026 won (US$23.7) here took off amid the growing popularity of lower alcoholic content liquors.

The W Signature 12 is a 35 percent alcohol by volume (ABV) blended drink, which uses whiskies matured for at least 12 years in Scotland.

Diageo Korea hopes to expand its share in the low-alcohol drink market with the new product, along with W Ice and W Signature 17, which were launched in 2015 and 2016, respectively.

Its market share in the low-alcohol drink segment has been growing: from 20 percent in 2015 to 25 percent in 2016 and 28 percent in the first half of this year.

The company is moving to diversify its portfolio in line with the overall decline of whisky sales, as more people are opting for lighter drinks. 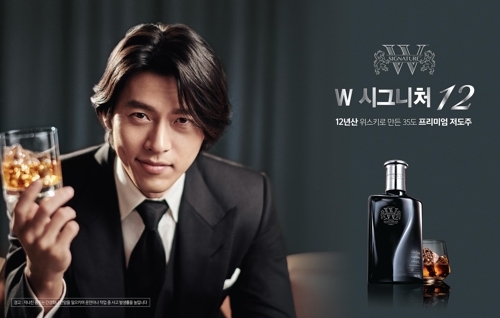