The production team will start filming the show in January to show the ordinary winter life of the celebrity singer couple: Lee Hyo-ri, the leader of the now-disbanded girl band Fin.K.L, and singer-songwriter Lee Sang-soon.

The first season aired from June 25 to Sept. 24, with the highest viewership rate of 9.9 percent, the record for any entertainment show aired on the network.

The show became popular by showing the couple's humble and easygoing lifestyle and down-to-earth attitudes towards guests. In the first season, singer IU worked there as a temporary helper at the homestay.

"Since the end of the show in September, we have received a flurry of requests for Season 2," the network said in a statement. "We discussed the issue with the couple and agreed on the production of the second season to show winter in Jeju."

The couple has been living in the southern resort island of Jeju since they got married in September 2013. 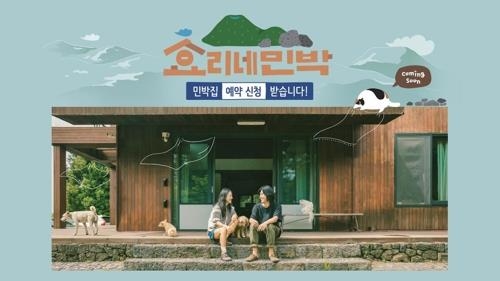 Second season of 'Hyori's Home Stay' to be made

Second season of 'Hyori's Home Stay' to be made