SEOUL, Dec. 8 (Yonhap) -- A Seoul court sentenced a former chairwoman of the now-defunct Hanjin Shipping Co. to 18 months in jail for selling off her family's stake in the shipping company days before it announced a court-led debt restructuring plan.

The court said, although her charges are grave enough to deserve a heavy punishment, it considered that the stake selling does not appear to have been meticulously planned out and that Choi already donated 10 billion won to bear the responsibility for her misdeed.

Choi was indicted in December last year for unloading the stakes held by her and her two daughters, taking advantage of the undisclosed information. Her family avoided some 1 billion won of possible losses.

In April, 2016, Hanjin Shipping filed for court receivership after failing to deal with its mounting debts amid a protracted global downturn in the shipping sector. The once world's seventh-largest shipper was declared bankrupt by the court in February after its creditors rejected to let the firm proceed with its salvage plan.

Choi is the wife of the late Cho Su-ho, the younger brother of Hanjin Group Chairman Cho Yang-ho, who also runs the country's top air carrier Korean Air Lines Co. She took over the management control of Hanjin Shipping in 2006 after her husband's death and headed the company until April 2014. 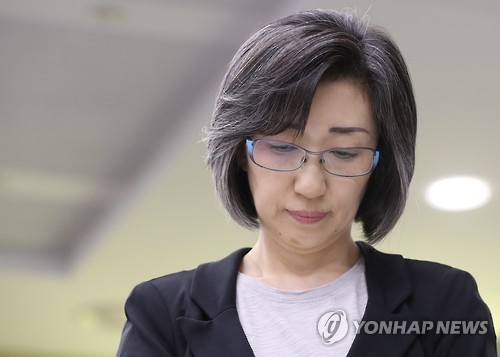