Gimpo, Gyeonggi Province, Dec. 9 (Yonhap) -- Five years ago, South Korea opened a waterway linking the Han River cutting through Seoul to the Yellow Sea, hoping that it would not only help prevent flooding in adjacent areas but also serve as a key transportation route and a tourist attraction.

The 18-kilometer Ara Waterway connects the Han River at the western end of Seoul to the Yellow Sea off the port city of Incheon. The 2.25 trillion-won (US$2.06 billion) project was completed after two years of construction that began in 2009.

Construction on the Ara -- which means "sea" in Korean -- canal had originally began in the early 1990s to prevent flooding in nearby low-lying areas, but the project was put on ice due to the lack of economic feasibility and concerns over its environmental impact. 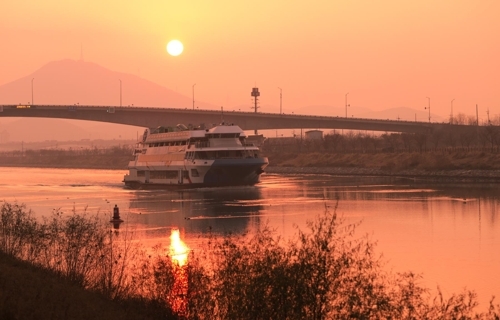 The government of former President Lee Myung-bak resumed the project in 2009 for multiple purposes, including securing a key cargo transportation route and turning the areas along the canal into a tourist attraction, as well as its original goal of preventing floods.

Five years after its completion, the Ara Waterway has emerged as a major tourist spot for foreign visitors in Gyeonggi Province though it has yet to become a major transportation route as major logistics firms have stayed away due to a lack of necessary infrastructure.

The rare canal in the Seoul metropolitan area has also quashed environmentalists' worries that it would have a negative impact on the environment in adjacent regions. 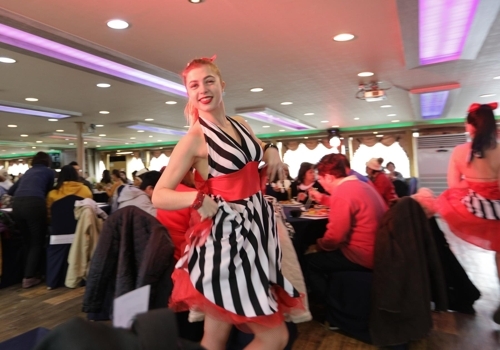 Selected by the provincial tourism promotion agency as one of the top 10 tourist attractions in the province surrounding the South Korean capital, a cruise through the canal offers tourists with an unforgettable and wonderful experience.

Cruise tourists can enjoy wonderful foods, a variety of performances, scenic views along the waterway, diverse water sports, biking and even shopping at a large-scale outlet located where the cruise embarks.

As the cruise ship sets sail, foreign dancers clad in colorful clothes stage a splendid performance to liven up the mood.

Despite rather cold weather, many foreigners, mostly citizens from Southeast Asian nations on group tours, stroll the deck and take pictures of the beautiful scenery, with some dancing to the beat of the music from the speakers. 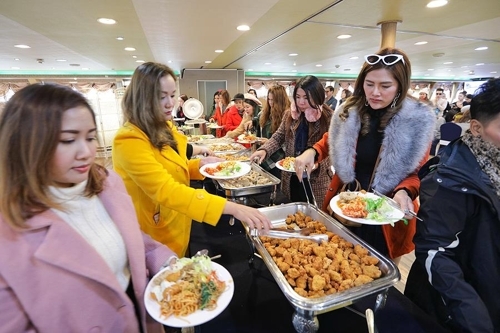 The waterway is also noted for its scenic beauty. Travelers can watch 16 bridges along the canal, the most that can be seen on a domestic cruise. One of them is even likened to the internationally famous Dom Luis Bridge, a double-deck metal arch bridge in Porto, Portugal.

In addition, they can watch the 45-meter-high Ara Waterfall, the largest man-made waterfall in South Korea and one of the most popular sites along the canal. Also in store for visitors are eight scenic views in nearby areas. 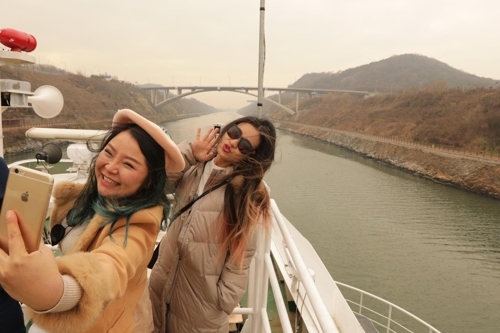 At the end of the year, cruise travelers can enjoy a colorful fireworks show together with their friends, colleagues and loved ones.

In December, a dinner cruise is offered daily, presenting travelers with a special dinner, a memorable performance, a spectacular fireworks display and a night tour along the canal.

According to the provincial tourism promotion agency, as many as 50,000 people go on the dinner cruise every year, which has been increasingly popular as the site for exotic year-end parties. 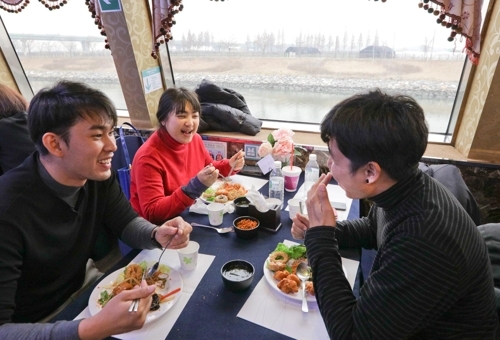 In Ara Marina that opens in March each year, visitors can enjoy yachting and other water-related leisure activities, including water bicycles.

Visitors can attend a yachting training session for 40,000 won, while a kayak and a water bicycle can each be rented for 7,000 won.

The marina also hosts a yacht contest in late May each year. 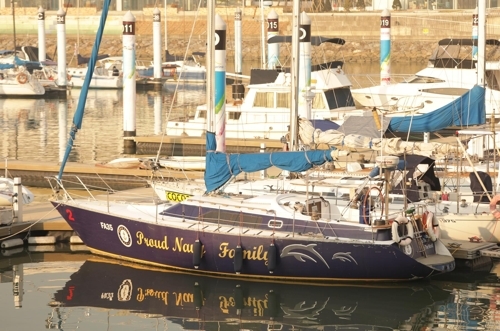 Another popular activity is to ride a bicycle along the waterway, appreciating scenic views. There is a 41.3-km bicycle path on both sides of the waterway, which is very popular among local bicyclists because of its proximity to the South Korean capital.

There are five bicycle rental shops on the waterway. A standard bicycle can be rented for 4,000 won per hour and a tandem bike for 6,000 won. 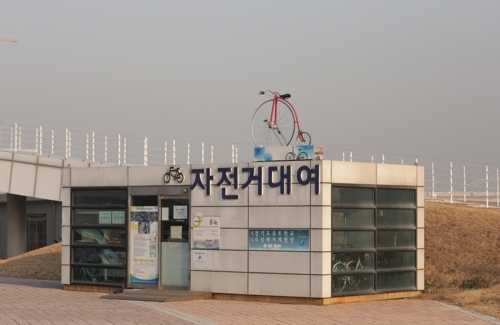 At the end of the Ara Waterway cruise, tourists can enjoy shopping at a mammoth outlet store, which is located at a port for cruise ships, west of Seoul.

The outlet offers 230 upscale brands and has been drawing huge crowds, especially tourists from Southeast Asian countries. The shopping center has emerged as the place for them to go.

With the year-end holidays around the corner, a large Christmas tree adds to the festive atmosphere. 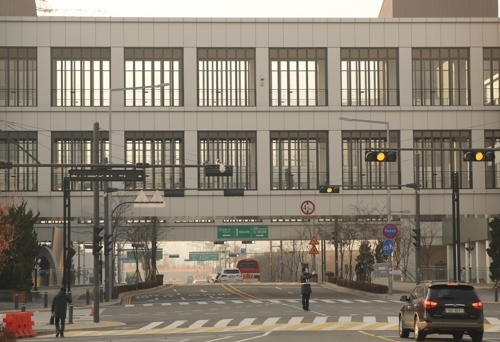