The fund will be used to beef up the company's fleet and expand its routes, a corporate spokeswoman said by phone.

On top of 3 million new shares, the company's 9 million existing shares were also listed on the Korea Exchange, the company said.

Jin Air, established in 2008, plans to increase its fleet to 38 jets by 2020 and the number of routes to 79. It currently operates 24 planes on four domestic and 32 international routes. 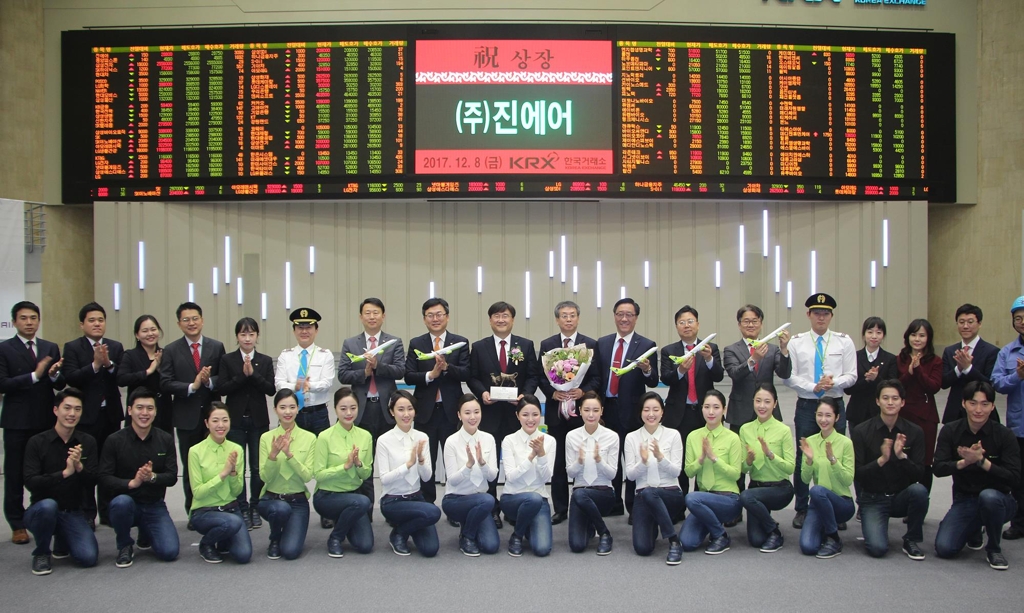