SEOUL, Dec. 11 (Yonhap) -- On a recent Saturday with near sub-zero temperatures, a few dozen people formed a long queue at the entrance of the Buk Seoul Museum of Art in the northern part of the city. The inside was even more packed with people, like the subway during rush hour.

Visitors were, nonetheless, merrily milling around to check out the latest trend of self and indie publishing that marks a clear departure from traditional publishing, and results in new books, comics and magazines by young Korean writers, photographers and artists.

"Unlimited Edition (UE)," the country's biggest art book fair, has been leading a new, albeit small, cultural movement among artists and authors who seek new ways to present their content and want to have more control over how their books are made and how to split sales profits. 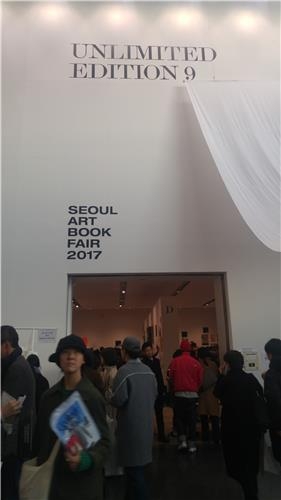 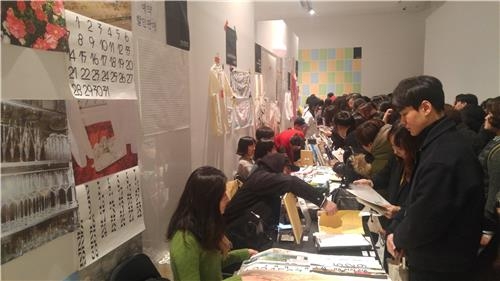 Launched in 2009 by a small bookstore called Your Mind in western Seoul, it has gotten bigger in size and rich in content over the years.

"Many participants unveil their new books and projects at the event for the first time, as this fair offers the biggest marketing opportunity," said Lee In-kyu, who brought to the fair her photo books on stray cats and her neighborhood. She created a calendar with cat illustrations just for this event, said a former office worker at an advertising company.

She didn't mean to become an indie author, she said. Things just happened naturally as she started to chronicle the fate of her neighborhood, Dunchon Apartment Complex in eastern Seoul, that is set to be demolished and rebuilt next year. 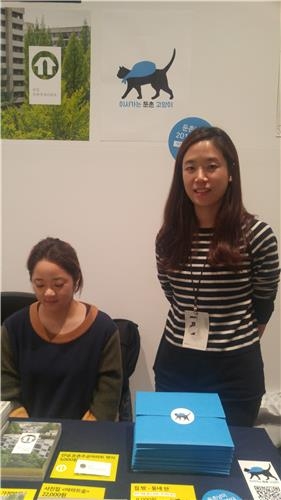 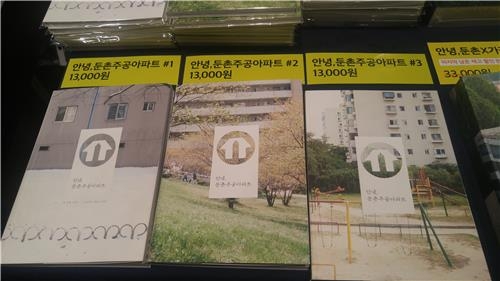 Years of documenting came out in a book in May 2013, her first book where she made the content -- taking photos and writing stories -- and edited and designed it all by herself.

Built in 1980, the apartment has been Lee's home since birth. One day, she decided to work to remember her neighborhood when she stumbled upon a photo she had taken in 2009.

After years of working to record the soon-to-be-disappearing area and animals like stray cats there, she realized she was not alone in this. She met many like-minded residents who worked alongside her to preserve the place and living creatures at least in archive and memory.

Unlike the common belief that it would be hard to do A to Z publishing, she said things have changed for the better for indie authors like herself.

"It's been quite a while since independent publishers sprung up. And there are many small bookstores specialized in curating and selling indie authors' books," she said. 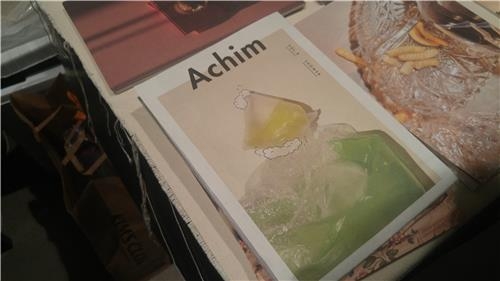 The annual event is not only for full time authors. It is a refreshing festival for people like Yoon Jin who started, since 2015, publishing the quarterly lifestyle magazine "Achim" as a fun "side project" with her sister and friends.

"Achim," which means morning in Korean, talks about everything related to morning, such as what to eat for breakfast and bits of inspirational thoughts that the authors have in the morning.

It is the team's third time to participate in the UE and Yoon said she gets to learn and see new things every time.

"One major difference from last year is that more visitors already know about us, so I don't need to explain to them what we do. They are like, 'Can I pick up the latest edition?'" 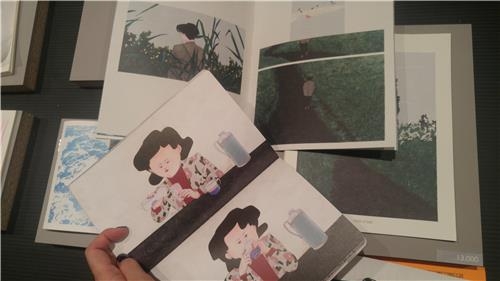 Painter and illustrator Park Hye-mi said she couldn't just sit and wait for her work to be discovered. An art major, she was confident in having enough content to make a book out of it. She jumped straight to the world of self-publishing and worked her way through it.

As a way to seek sales channels, she relied on social media platforms, of which sales have been brisk. So far, she has published five books on her own.

"There is no one to talk to. I am the one who makes the decision on everything. Moreover, I need to go find my readers," she said of the challenges of indie authorship. "But a good thing is there is no limitation on what I can and can't do. I do whatever I want." 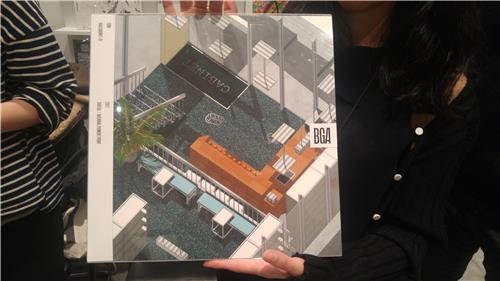 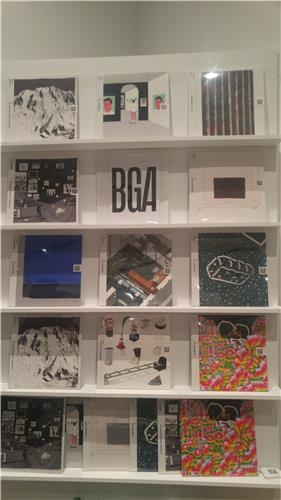 For innovative businesses, there is hardly a better event in which to test the waters of the industry.

One such company is BGAWORKS, short for background artworks, a new service to show art in an innovative, unconventional manner. The company has adopted the LP format in presenting artwork. Inside the LP, the reprint of an original artwork is accompanied by 3-4 interesting, behind-the-scenes stories as a track.

Only six months into the business, the UE was the company's first big marketing venue to check out the direct responses from content makers, said Choo Sung-ah, a curator at BGAWORKS.

"We feel the general public still finds it hard to consume art. Our goal is to lower the psychological barrier and make it easier for them to enjoy art," she said.

Saying that the project has been so far well-received by young contemporary artists, she said, "They love working with us because what we do is a creative archiving project for them."

This year, around 190 teams participated in the fair and more than 18,000 people visited the two-day event. The first event eight years ago started with 20 teams, which attracted around 900 visitors, said Iro, the owner of Your Mind.

Although it is still in its fledgling stage, claiming only 1-2 percent of the local publishing market, there are still plenty of rooms to grow, he said.

"Most people in the industry have already been working against the odds," he said. "But the number of players is on a steady rise, so a policy especially tailored to them, however small, would certainly make a big difference." 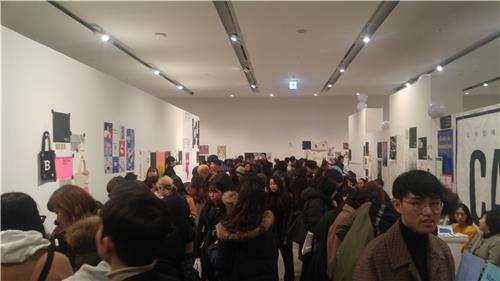