SUWON, South Korea, Dec. 8 (Yonhap) -- South Korean football icon Park Ji-sung said Friday that he will devote himself to his new job as the chief of the country's youth football program with his European experience.

Park was named the Korea Football Association's youth strategy department chief last month. It was the first time the 36-year-old took an official position within the KFA.

"The KFA had been asking me to work together, but I wasn't able to accept its offer back then because of my situation," Park told South Korean reporters after attending his JS Foundation event in Suwon, south of Seoul. "But as the situation for South Korean football turned bad, I thought it was irresponsible for me to just watch, so that's why I accepted the job."

Park has been looking to build up his post-playing career as a football administrator since he hung up his boots in 2014. The former South Korea national team captain earlier this year completed his study in the FIFA Master Course, a sports management program coordinated by the International Centre for Sports Studies and endorsed by FIFA.

"I would have refused the offer if I had to work in another area, but since the job was about youth football, I accepted it because that's the root of the country's football," he said. "What's really important for now is to build a system that can set our direction and goal." 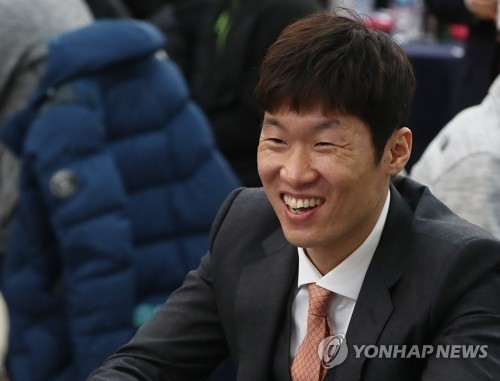 Park, who played more than 12 seasons in Europe with clubs like Manchester United, PSV Eindhoven and Queens Park Rangers, said his overseas experience will help him in his new job.

"I will pass on what I saw, heard and experienced in Europe to the KFA," he said. "With those things in mind, I will have to think about how we can develop the country's youth football."

Park said he can't regularly stay at the KFA headquarters since he still needs to complete his studies in Britain. To facilitate his work, the KFA and Park recently agreed to hire a foreign youth football expert.

"I'm considering bringing a person who can utilize his experience for South Korean football and who can handle various issues with me," he said. "I'll be a bridge between that person and the KFA."

When asked about his future plans, Park hinted at working for a pro football club.

Park, who retired with 13 goals and 100 caps for South Korea, last week attended the draw for the 2018 FIFA World Cup in Moscow. South Korea have been paired with defending champions Germany, Central American heavyweights Mexico and European dark horses Sweden in Group F.

When asked about the draw, Park said there are no groups at the World Cup where South Korea would feel comfortable.

"It's not even right to say the draw is good or bad considering our situation," he said. "We just need to focus on what we should do at this time to achieve our goal at the World Cup."

"Eventually, the national team can get their fans back by earning good results," he said. "Not only the players, but the KFA officials will also work hard. But since fan support also affects the team's performance, I think we need more support from fans." 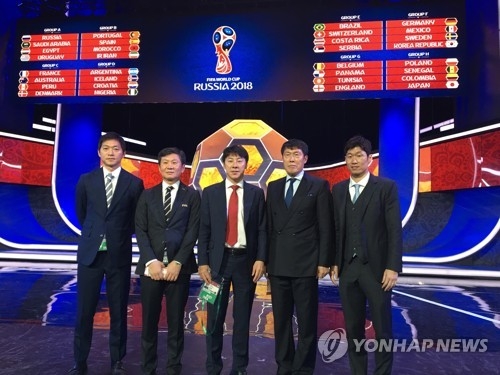