SEOUL, Dec. 10 (Yonhap) -- The chief of central America's regional cooperation body has called for stepped-up global efforts to end North Korea's nuclear and missile programs, which he said threaten not just the Korean Peninsula but the entire world.

Vinicio Cerezo, secretary general of the Central American Integration System (SICA), underlined the importance of a peaceful resolution, saying war has failed to solve any problems, as is demonstrated by the history of the conflict-ridden continent.

"North Korea's nuclear problem is not confined to the Korean Peninsula, but it is a matter that affects the entire world," Cerezo told Yonhap News Agency in an interview in Seoul on Friday. "It is a matter that should be resolved jointly by the international community."

"The experiences that our central American countries have gone through show that war has not resolved any problems. Solutions have rested with peace treaties or dialogue," he added.

Cerezo, president of Guatemala from 1986 to 1991, was in Seoul to attend an international forum. SICA was launched in 1993 as an integrated political and economic institution consisting of eight central American countries.

His visit came more than a week after North Korea test-fired what it claims to be a new intercontinental ballistic missile capable of hitting anywhere in the U.S. The North declared that the launch marks the completion of its nuclear armament. 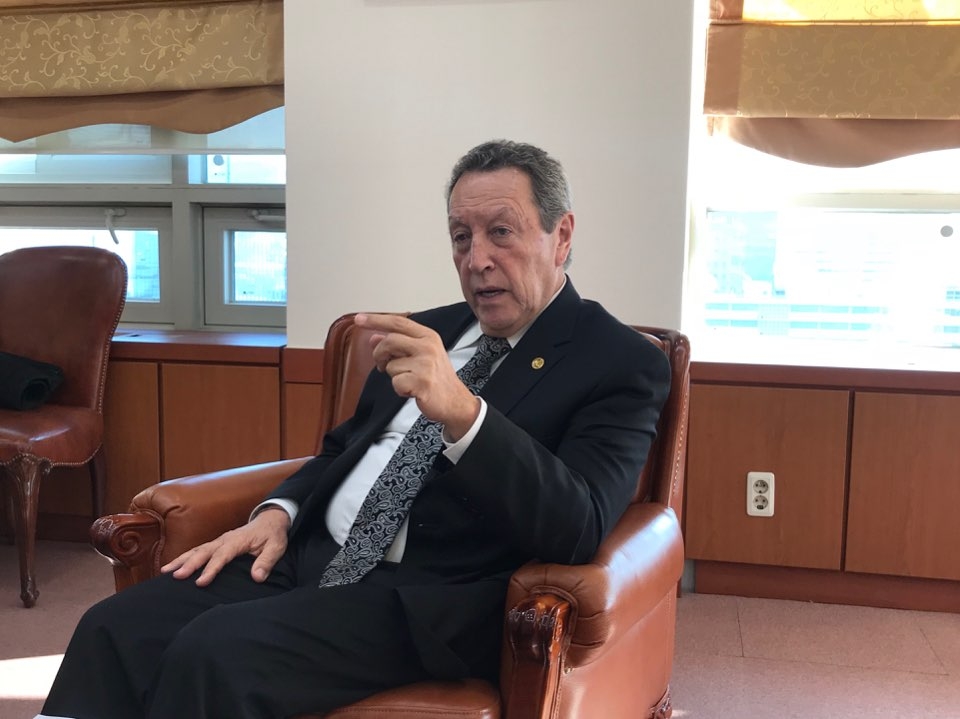 "I think dialogue and treaties are always a better choice than war in finding solutions," he said.

Cerezo added that the peaceful approach was instrumental in getting SICA off the ground decades ago.

"There were some challenges in our integration efforts as well. ... We had wars, which caused mistrust among central American countries," he said. "To get over those challenges, the countries involved made efforts to sign peace treaties through dialogue."

He made the comments in response to a question about the challenges facing East Asian countries in creating a regional integrated institution similar to SICA due to enduring feuds over history and different stances on sensitive issues such as North Korea.

"All these efforts were driven by the governments and leaders of those countries. I think a peaceful approach is always much better than war in finding solutions."

Well known for his fight for democracy and having survived multiple assassination attempts, Cerezo highly praised South Koreans' candlelight vigil over a massive corruption scandal involving former President Park Geun-hye, which drew millions of people to the streets for six months and eventually led to her removal from office.

Cerezo saw it as evidence of a mature democracy having taken root as the South Korean people demonstrated their ability to find peaceful solutions.

"Democracy is all about trying to resolve problems in a peaceful manner," he said. "When the candlelight revolution was under way, I thought that the democracy in South Korea had matured."

Regarding a free trade deal under negotiation between South Korea and central American countries, he said that it will open a new commercial market for many nations in the region and that he expects a "positive" result going forward.

Though his country is not included in this deal due to some unresolved issues, Cerezo expressed strong confidence that Guatemala will eventually join it.