LONDON, Dec. 8 (Yonhap) -- Smart planning to support the changing population and affordability are key criteria that must be addressed in smart city projects, a field which the current South Korean government is trying to foster, according to a renowned British urban expert.

"To understand smart cities, I believe they need to have smart planning, which is not about technology. It's a big difference and an important difference," Ricky Burdett, professor of urban studies at the London School of Economics and Political Science, said during a recent group interview in London.

A smart city refers to an urban area that uses different types of electronic data collection sensors, so-called smart technologies, to supply information used to manage assets and resources efficiently. Songdo, a South Korean city near the west coast, is considered one of the world's first smart cities built with cutting-edge sensors and technology. 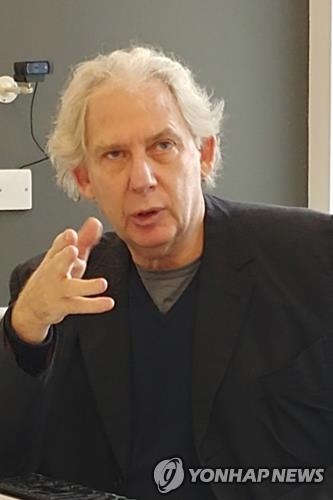 President Moon Jae-in has promised to promote the development of smart cities as a campaign pledge, to nurture future economic growth engines in high-tech, knowledge-based sectors, such as those in Internet-of-things, artificial intelligence and big data.

Burdett, who served as director of the 2006 Venice Architecture Biennale and chief adviser on architecture and urbanism for the London 2012 Olympics, advises policymakers to look beyond the technological aspect associated with smart cities. It is rather imperative, according to Burdett, for officials to approach smart cities as means of solving urban problems, such as those related to the rising population, city density and mobility.

"Can you grow a population, have a bigger population but not necessarily make the city very sprawling? It's very important in terms of traffic, electricity, water and all these issues," the professor said.

He added, "How we respond to these challenges, making the city efficient depending on demographic changes, is more important than technology itself."

From a macro perspective, another key factor is maintaining a steady growth rate in population, whether it be from newborns or migration, the professor said. Keeping the city's average age, Seoul at 41.1 as of 2016, from going up too high is also important for the overall soundness of the city.

"If you have people, especially young people leaving a city, its difficult to make it more efficient. If you don't have young people who are going to live with new technology and if you have just people my age, forget it."

Affordability should also be a major part of any smart city project, said Burdett, who pointed out London having a problem of "massive social inequality."

He also pointed towards London's own poverty problem, which stands at 27 percent according to independent charitable foundation Trust for London, as "not acceptable," given that the city's average income "is 60,000-70,000 pounds a year."

"In a free market capitalist economy, we will have this difference. But it is also up to the city to manage this differences," Burdette stressed. He also described Seoul Mayor Park Won-soon's various welfare initiatives, such as allowances for Seoul's unemployed youths, as "interesting."

Burdette said, "the question must be how can you plan a city in such a way you use the benefits of new technologies and to balance out the differences (in income)."

(The trip for this article was sponsored by the Korean Press Foundation.) 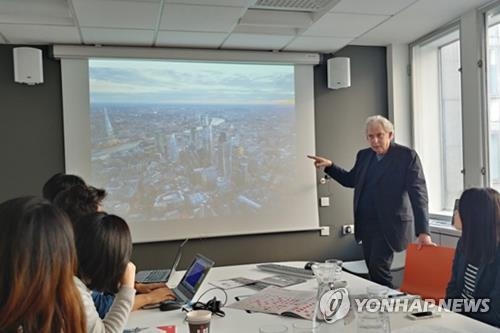