Lee Hee-beom, head of the PyeongChang Winter Olympics organizing committee, told Yonhap News Agency on Friday that PyeongChang has never wavered in its commitment to running a clean Olympic Games.

"We're of the stance that the Olympic Games must be clean and contested under the principle of fair play," Lee said in an interview at Incheon International Airport, moments after arriving home from the IOC's Executive Board meeting in Lausanne, Switzerland, where the ban was announced.

"If athletes aren't clean, no matter which country they're from, they will violate the Olympic Spirit, and they must not participate," Lee added. "And the IOC made its decision based on the same set of beliefs. We accept and respect the IOC's decision." 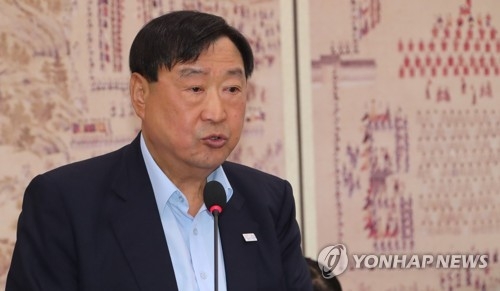 The IOC issued a ban on Russia attending the 2018 Olympics amid charges of rampant, state-sponsored doping. The IOC said only those athletes who meet strict conditions will be able to participate. They will compete as neutrals, wear the Olympic Flag, not the Russian flag, on their uniform, and the Olympic Anthem, not the Russian anthem, will be played at their medal ceremonies.

Russian President Vladimir Putin has said he will not block individual athletes from competing in PyeongChang. And Lee, who had just returned from the IOC's meeting Friday, said PyeongChang would like to see clean athletes who've prepared for the Olympics for years get an opportunity to compete in the Olympics.

Lee also noted that the IOC has opened the door for Russia's reinstatement. In announcing its decision, the IOC said it may "partially or fully lift the suspension" of the Russian Olympic Committee from the start of the closing ceremony in PyeongChang, provided Russia fully respects and implements the IOC's decisions.

"This could well be an opportunity for Russia," Lee added.

Aside from the presence of Russian athletes, North Korea's possible participation has generated much interest in the build-up to the Feb. 9-25 Olympics, especially given the heightened tensions on the divided Korean Peninsula on the heels of Pyongyang's September nuclear test and a series missile launches.

The country's pairs figure skating tandem of Ryom Tae-ok and Kim Ju-sik clinched their Olympic berth in September, but North Korea missed an Oct. 30 deadline to confirm the duo's entry in PyeongChang. 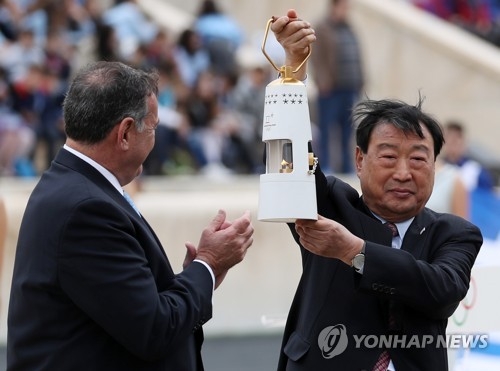 The lack of confirmation created some uncertainty over the prospect of North Korea's first-ever participation in an Olympic Games hosted by South Korea. North Korea didn't come to Seoul for the 1988 Seoul Summer Olympics.

But Lee said PyeongChang is still hoping to see North Korean athletes next February, and the IOC is also working to ensure their presence. The IOC has repeatedly said it has extended an invitation to North Korea to participate in the PyeongChang Olympics and it will provide the necessary support to make it possible.

With 62 days left until the first Winter Olympics to take place in South Korea, Lee said the preparations have been going well. The organizers gave a presentation on their work before the IOC in Lausanne, and Lee said it was hailed as "perfect."

"All the competition venues and infrastructure are all in place with about two months left until the Olympics, and this is unprecedented," Lee said. "We'll also have the biggest Winter Olympics ever. We'll offer a record 102 gold medals, and so far, 93 nations have registered for the competition, which is also a record."