SEOUL, Dec. 8 (Yonhap) -- Prosecutors sought a warrant Friday to detain a former secretary to ex-President Lee Myung-bak over allegations that he played a role in the military's political interference in 2012.

Kim served as an aide on external strategy planning to Lee between 2008 and 2012.

He is believed to hold the key to the growing suspicion that Lee himself was responsible for the secretive maneuvers, which are a violation of the military's obligation to political neutrality.

Kim allegedly delivered the president's directives regarding their operations to the military, including an order to fill the cyberwarfare team with those ideologically aligned with the government.

The prosecution suspects that then-Defense Minister Kim Kwan-jin briefed the aide about the command's activities, which were then reported to Lee.

The former aide also faces charges of violating the military code of confidentiality. Prosecutors raided his home and office Nov. 28 and reportedly secured evidence that he illegally kept confidential military and presidential documents. 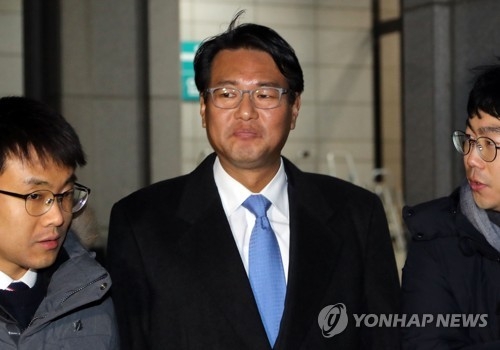