CHIBA, Japan, Dec. 8 (Yonhap) -- North Korea women's national football head coach Kim Kwang-min said Friday his players are not competing for money at a regional tournament that kicked off earlier in the day in Japan.

Both North Korea men's and women's team are participating in the East Asian Football Federation (EAFF) E-1 Football Championship, where they will compete against South Korea, Japan and China. Kim's team defeated China 2-0 to open the women's tournament Friday.

The EAFF awards US$250,000 to the men's champions, while the women's competition winners get US$70,000. However, EAFF President Kozo Tashima on Thursday said that North Korea will not be awarded any prize money, citing tensions around the communist nation.

The North Korean regime has tested nuclear weapons and ballistic missiles in recent years, drawing an international outcry and sanctions from the United Nations.

When asked about the EAFF's decision, which was also approved by the Chinese and South Korean associations, Kim emphasized that his team is not playing for money.

"We're not here to play for the prize money," Kim said after North Korea's opening match against China. "But I think it's not right to impose such sanctions (against us)."

North Korea are looking for their third consecutive women's regional title. And striker Kim Yun-mi grabbed a brace as North Korea launched their three-peat bid with a victory.

"In every tournament, it depends on how you play your first match," Kim said. "Our players opened the tournament very well."

North Korea will next face South Korea on Monday. The two Koreas last met in April in Pyongyang and played to a 1-1 draw at the Asian Football Confederation (AFC) Women's Asian Cup Group B qualifying campaign.

"We don't want to think about April's match," he said of the upcoming inter-Korean match. "We just want to look forward. I'm sure we'll not repeat the same result." 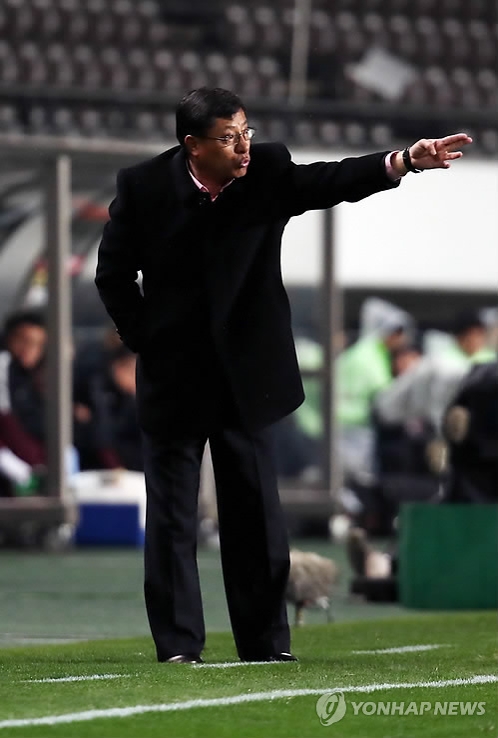