CHIBA, Japan, Dec. 8 (Yonhap) -- South Korea women's national football head coach Yoon Duk-yeo said Friday his side will move on from their opening defeat at a regional tournament to prepare for the upcoming inter-Korean match.

South Korea fell 3-2 to Japan in their first match at the East Asian Football Federation (EAFF) E-1 Football Championship at Soga Sports Park in Chiba, Japan. Yoon's side made the score 2-2 in the 80th minute, but surrendered the winner to the hosts three minutes later.

"I think small details made the difference," Yoon said after the match. "Our players need to work harder to play with better technique."

The Koreas will meet for the first time since April, when they played to a 1-1 draw in their Asian Football Confederation (AFC) Women's Asian Cup Group B qualifying match in Pyongyang. South Korea later won the group and earned a spot at the continental tournament next year.

"It's going to be a tough match because we already have one loss in this tournament," he said. "If we lose against North Korea, it's really going to make the tournament difficult for us, so we'll prepare well." 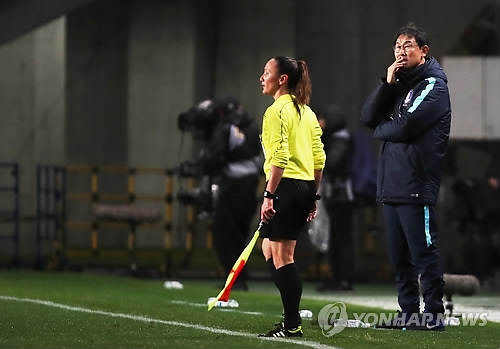