The remarks were revealed after U.S. Ambassador to the United Nations Nikki Haley said it remained an "open question" whether American athletes would join the games, slated for Feb. 9-25, amid tensions sparked by North Korea's provocations.

"I understand that President Trump, in fact, said (he would send part of his family to the games)," the source at the presidential office Cheong Wa Dae told Yonhap News Agency over the phone, requesting not to be identified.

Asked about Haley's remarks, the source pointed out that the U.S. leader also made a pledge about the U.S.' participation in the Olympics during his telephone talks with Moon last month.

Amid confusion over the U.S.' participation, Heather Nauert, the State Department spokeswoman, said Thursday that the U.S. is looking forward to "being a part of the Olympics."

"The U.S. looks forward to participating in the Winter Olympics in South Korea," she wrote. "The protection of Americans is our top priority and we are engaged with the South Koreans and other partner nations to secure the venues." 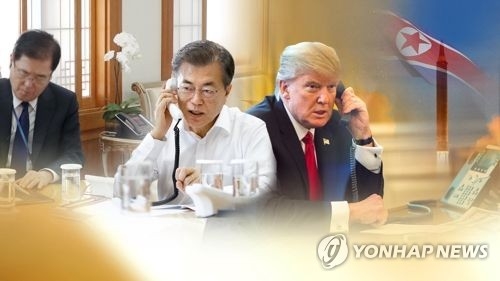