Kim climbed Mount Paektu with ranking military officials, the Korean Central News Agency (KCNA) said, adding that he recalled "the emotion-charged days when he realized the great historic cause of completing the state nuclear force," after reaching the peak.

North Korea last month claimed that it has successfully tested a new intercontinental ballistic missile (ICBM), the Hwasong-15, that is capable of hitting anywhere in the U.S., and declared that the launch marks the completion of its nuclear armament.

North Korea considers Mt. Paektu a sacred site. The KCNA explained that it is associated with the "revolutionary careers of the great leaders and serves as the mental mainstay of the invincible DPRK." DPRK is the abbreviation for North Korea's official name, the Democratic People's Republic of Korea.

According to the KCNA, Kim said that a monument to Mt Paektu and an education compound there should be "spruced up suited to the dignity of the holy mountain of revolution," while an autograph of his late father Kim Jong-Il should be displayed more "heavily and politely."

Kim, chairman of the Workers' Party of Korea (WPK), also said there was a need to build a new hotel near Paektu Station, as well as other convenient facilities for visitors, the KCNA reported. He was accompanied by Choe Ryong-hae, vice-chairman of the State Affairs Commission of the DPRK, and Kim Yong-su, department director of the WPK Central Committee.

Kim said to the people of the county that they would "fully discharge their honorable mission and duty," and make the place the best mountainous city in the world. 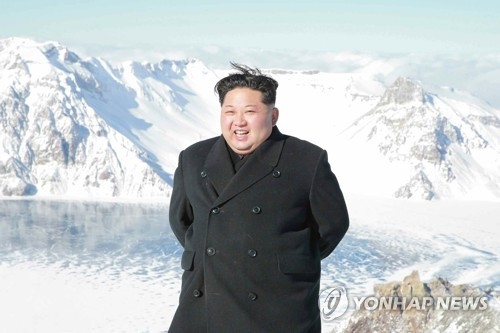