Bach had a meeting with North Korea's Olympic Committee President Kim Il-guk at the IOC headquarters in Lausanne, Switzerland, on Friday, according to Voice of America (VOA). VOA was citing an e-mail from the IOC's public affairs office.

The IOC, however, didn't elaborate on what the two officials discussed, VOA said, adding that it was a meeting for them to get to know each other after Kim became North Korea's new Olympic body chief earlier this year.

The meeting came amid speculation that Bach might visit North Korea to discuss the communist nation's participation in the Winter Olympics in PyeongChang, South Korea, next year.

The South Korean government and the organizers of the PyeongChang Games have been asking the IOC to support North Koreans competing at the Winter Olympics south of the border, which will be held from Feb. 9-25.

The IOC previously said it is willing to cover all costs for North Korean athletes if they participate in the PyeongChang Winter Olympic Games. 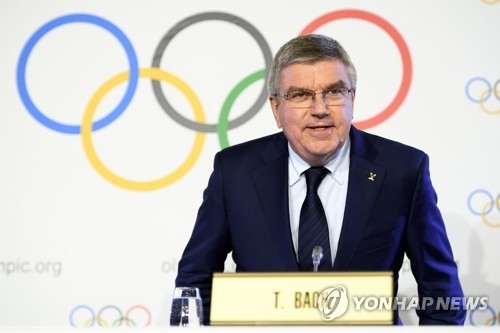