The 90-meter-tall tower crane snapped and fell to the ground at a construction site for a distribution center in Yongin, 50 kilometers south of Seoul, around 1:11 p.m., according to police.

Seven workers on the crane fell from 78 meters. Three were confirmed dead at the scene and four seriously injured were rushed to nearby hospitals.

The police said they will look into what caused the accident and whether the workers followed safety measures at the construction site. 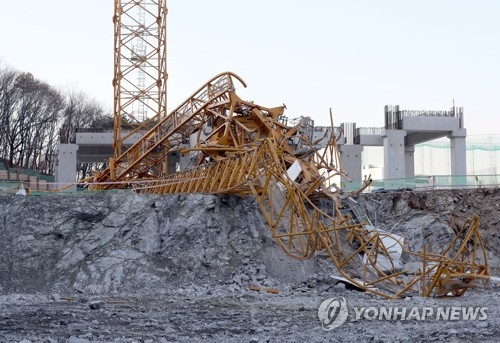