South Korea ended up in Group B of the 2018 Asian Football Confederation (AFC) Women's Asian Cup along with Japan, Australia and Vietnam in a draw held Saturday in Jordan, the host nation of the quadrennial competition.

Japan defeated Australia for the 2014 title in Vietnam. Australia, the 2010 Asian Cup winners, are currently the top-ranked AFC nation at No. 6, followed by Japan at No. 8. South Korea are 15th and Vietnam are 31st. 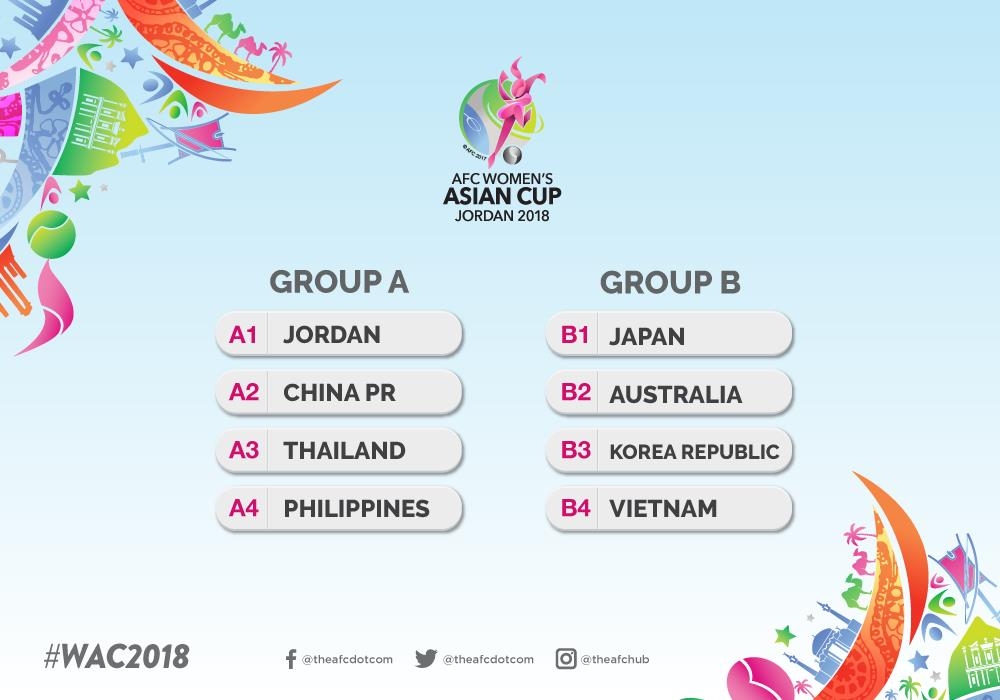 South Korea have never won the AFC Women's Asian Cup, which was first contested in 1975. The Taeguk Ladies' best performance to date remains a third-place finish in 2003. They have placed fourth three times.

South Korea have four wins, nine draws and 15 losses all-time against Japan. Their most recent meeting came on Friday at the East Asian Football Federation (EAFF) E-1 Football Championship in Japan, where the hosts prevailed 3-2.

Against Australia, South Korea have posted two wins, one draw and 12 losses. South Korea have lost their past four meetings, the most recent being the 2-0 loss in March 2016 during the final qualifying stage for the 2016 Rio de Janeiro Olympics.

South Korea and Vietnam have never faced each other before.

The 2018 AFC Women's Asian Cup will take place from April 6 to 20. It also doubles as the final Asian qualification for the 2019 FIFA Women's World Cup in France, with the top five nations qualifying for the top women's competition.

The top two teams from the two groups will reach the semifinals, and the third-place teams from each group will square off in the fifth-place match.