SEOUL, Dec. 10 (Yonhap) -- South Korea's household debt rose the second sharpest among 43 major economies checked in the first half of 2017, a report by the international organization of central banks said Sunday.

According to the Bank for International Settlements (BIS), the proportion of debt to South Korea's gross domestic product (GDP) stood at a record high of 93.8 percent as of late June. This represents a 1 percentage-point rise compared with 92.8 percent tallied at the end of 2016.

Debt incurred by South Korean households surpassed the 1,400 trillion-won (US$1.27 trillion) mark as of the end of September.

The organization said the rate of debt increase to GDP by Asia's fourth-largest economy trailed only China's 2.4 percentage points in the January-June period.

Data also showed that the overall size of South Korean household indebtedness to the GDP has stayed constant at eighth place from 2015 onwards after climbing from 13th in 2011.

The country's debt numbers are actually higher than those of the United States that reached 78.2 percent of the GDP and the eurozone's 58.1 percent. Japan's household debt to its GDP reached 57.4 percent.

The major economies that had higher numbers than South Korea were Switzerland, Australia, Denmark, the Netherlands, Norway, Canada and New Zealand.

BIS, meanwhile, classified South Korea as a country that will experience a rise in household debt going forward, with its debt service ratio (DSR) hitting 12.6 percent at the end of June for a 0.2 percentage-point gain from late 2016. This "high" increase translates into debt growth outpacing gains in earnings and can pose challenges for the country down the road.

The country's DSR is the fifth highest among countries checked after the Netherlands, Australia, Denmark and Norway, and moved ahead of Canada., the latest findings showed. Of these countries, DSR numbers for the Netherlands and Denmark dipped coming into this year. 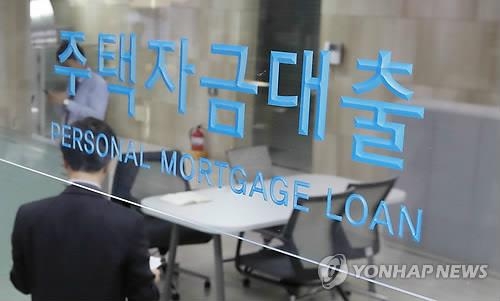